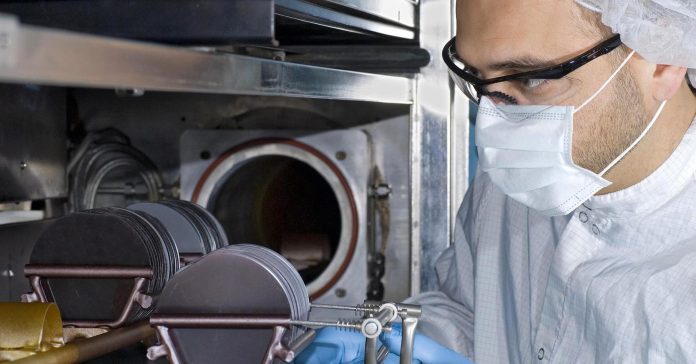 The euphoria among European chip stocks after the blow-out guidance from AMS faded a little after Nikkei Asian Review said Apple had told suppliers it will halve its first-quarter production target for the flagship iPhone X to 20 million units from 40 million forecast in November.

Nikkei did not disclose the source for its report.

Dialog Semiconductor, STMicroelectronics, Infineon, and IQE have given up a chunk of their earlier gains following the report.

AMS is still up 18 percent, with analysts speculating that the Austrian company’s upgraded guidance is driven partly by prospects for new business with smartphone makers besides Apple.

—CNBC contributed to this report.