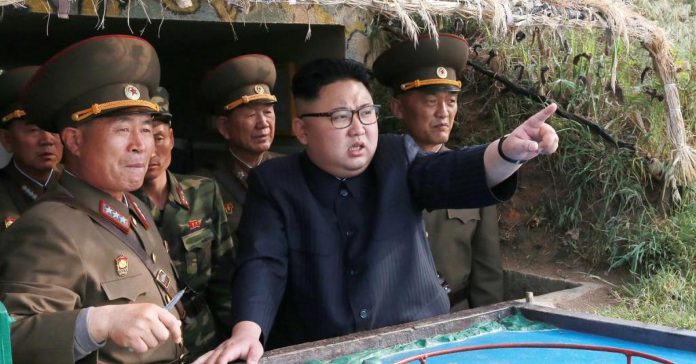 China is making progress in enforcing sanctions imposed on North Korea, a U.S. State Department official said on Thursday, and urged skeptical members of Congress not to rush to enact any new ones.

“We are working closely with China to execute this strategy and are clear-eyed in viewing the progress — growing, if uneven — that China has made on this front,” Susan Thornton, acting assistant secretary at the State Department’s Bureau of East Asian and Pacific Affairs, told a Senate hearing.

But members of the Senate Banking Committee backed tougher action to clamp down on Pyongyang’s nuclear and missile development.

On Thursday, South Korea said it expects more provocative acts by North Korea next month to coincide with the founding of its communist party.

Thornton and the other witness, Sigal Mandelker, Treasury Department under secretary for terrorism and financial crimes, said Congress should not do anything that could interfere with administration efforts to find a diplomatic solution.

“When our hands are tied in different ways, it keeps us from being agile in the way that you would want us to be agile,” Mandelker said.

“… It inadvertently could decrease our ability to exert maximum economic pressure,” she said.

The exchange reflected continuing conflict between lawmakers and the Trump administration over foreign policy. Many members of Congress, including some of Trump’s fellow Republicans, back policies to give lawmakers more control including over his ability to lift or impose sanctions.

On North Korea, several have questioned the wisdom of Trump’s use of the Twitter social network to threaten the country, saying bellicose messages undercut efforts toward a diplomatic solution.

Several committee members noted that North Korea’s economy has grown in recent months, and China must do more.

“The consensus in Washington is that China is a partner in this issue. I do not think that that is the case,” Republican Sen. Tom Cotton said.