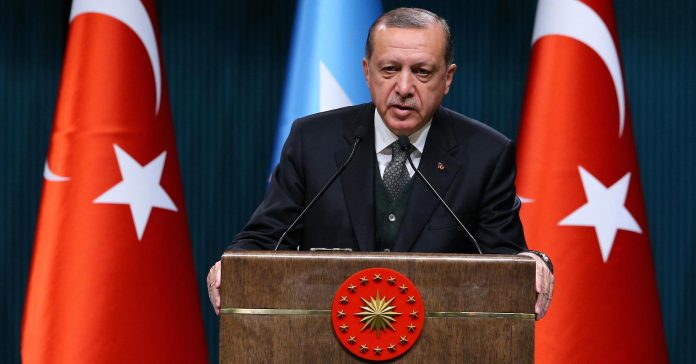 Kurdish officials say they can withstand an economic blockade because they are self-sufficient in terms of power generation and fuel supply, and they also have fertile agricultural land.

They also say that three quarters of the trucks that cross the Turkish border are heading to territory controlled by Baghdad rather than to the Kurdish region, so the Turkish and Iraqi economies would suffer from any blockade.

But travel to the Kurdish region will become harder if airports in Erbil and Sulaimaniya are closed to international flights.

Kurdish officials say that Abadi’s tough response to the referendum vindicates Iraqi Kurdish leader Masoud Barzani’s decision to hold the referendum because they believe Baghdad will not cooperate under any circumstances.

The officials feel that if Baghdad, Turkey, Iran, the United States and the world line up against them, and the Kurds cannot see an end to their hardship, Barzani could come under pressure at home to declare independence.

There were expectations that the United States, which said it would not recognize the vote, could use its ties to the Iraqi Kurds to persuade Barzani to cancel the referendum in exchange for a guarantee of talks with Baghdad.

The U.S. bid to stop the referendum failed, experts said, in part because the aging Barzani sees fulfilling aspirations for an independent Kurdish state as his legacy.

The United States, major European countries and nearby Turkey and Iran all opposed the referendum as destabilizing at a time when all sides are still fighting Islamic State.

A spokesman for the U.S.-led coalition said there had been a loss of focus in the fight against Islamic State since the referendum.

Baghdad has heaped pressure on the Kurds, demanding they cancel their referendum, while parliament urged the Iraqi government to send troops to take control of oil fields held by Kurdish forces.

Foreign airlines have begun cancelling flights to Kurdish airports after Iraq said international flights to Erbil and Sulaimaniya would be suspended from Friday. Turkey told its citizens to leave northern Iraq before the ban came into force.

Kurdish authorities have rejected Baghdad’s demands that they should annul the referendum and hand over control of their international airports, instead offering to hold talks with Baghdad in an attempt to defuse the airports crisis.