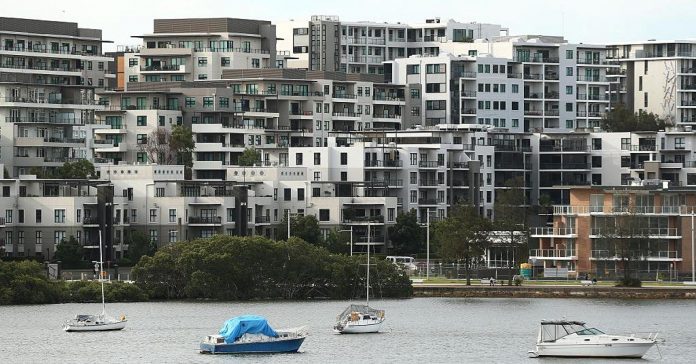 Even so, it’s unlikely that higher interest rates will come this year, as the central bank is between a rock and a hard place. While they are concerned about housing, growth in some parts of the economy is still sub-par, and the Aussie dollar may be too strong for the RBA’s comfort.

Added to that, the banks are doing the RBA’s job for them, with all four major banks hiking rates in the past week. CommSec’s Craig James said that this is already having an impact: “Anecdotal evidence is that investor demand has weakened markedly in response to rate hikes.”

This leaves the government holding the pin that could burst the bubble. We know that regulators are looking at new ways to slow bank lending, and rumors are this will involve cracking down on interest-only loans, and demanding buyers stump up more equity when buying a home.

“Any aggressive action by the regulatory bodies could create the trigger for a new downturn and we now think the probabilities are increasing they may well take action prior to June,” Christopher said.

But it’s not all doom and gloom. Bank of Queensland CEO Jon Sutton told CNBC that he is not worried about a hard landing.

“We’ve seen significant price increases in housing in both Sydney and Melbourne. However, I think a lot of that is to do around supply and bringing more supply on, will actually moderate those sort of house prices in those key markets.”

May 9 is the next date to watch out for — the day of the federal budget — as it’s then the coalition is likely to announce any measure to address the overheated parts of the market.