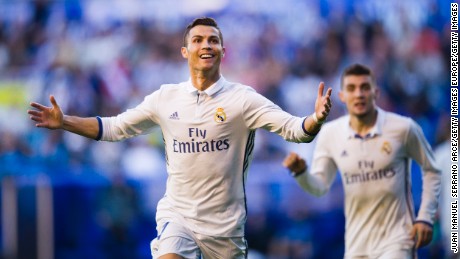 Share on Facebook
Tweet on Twitter
Though hardly a household name, the 27-year-old was rewarded with the largest salaried contract in sports history following a breakout season in 2014. Stanton, who is coming off a World Baseball Classic victory with Team USA, is emblematic of Major League Baseball’s (MLB) giant payouts which surpass even the biggest deals in other major sports leagues.

Meanwhile, no less than 10 contracts of over $200 million have been awarded to MLB players in just the past few years. Prior to that, Alex Rodriguez received a whopping $527 million over two record-breaking contracts with the New York Yankees and Texas Rangers.

Why baseball’s mega-deals dwarf those in other sports can be explained by a number of factors — some real and others perceived — according to two leading American sports economists.

A marathon 162 game regular season, multiple playoff rounds, and an average ballpark capacity of over 42,000 combine to make the MLB the second-highest revenue-generating sports league in the world, after the NFL. (MLB revenue is expected to top $10 billion this season.)

As in other leagues, giant TV deals provide the bulk of revenue. In 2013, the Los Angeles Dodgers signed a record-breaking $8.35 billion, 25-year deal to broadcast games over Time Warner Cable.

“The league is a huge revenue producer,” says David Berri, professor of economics at Southern Utah University. “And in baseball, you can tie the outcome of games to individual players. It’s clear that individual players matter.”

Players’ salaries are not capped

Unlike the NBA, which places a maxim salary on its stars and limits the length of contract extensions to six years, or the NFL, which enforces a hard salary cap, or European soccer, which has introduced Financial Fair Play rules, the MLB is mostly beholden to market forces.
The one caveat is a luxury tax, which hasn’t discouraged large-market teams.

Clubs that top a payroll of $195 million in 2017 will be subject to a penalty of 20% of the excess for first-time offenders, and 50% for those who exceed the limit three times or more.

The Yankees have exceeded the luxury tax for each of the past 14 seasons.
“Baseball has a very effective union that has allowed its players more freedom to negotiate for these higher contracts,” explains J.C. Bradbury, professor of economics at Kennesaw State University, and author of “The Baseball Economist: The Real Game Exposed.”

“The way the luxury tax is applied, it only affects a few teams,” he adds.

“Baseball is a series of one-on-one contests,” says Bradbury, noting the contrast with sports like American football and soccer where it is more difficult to quantify a player’s impact.

“The team isn’t moving together. Schemes don’t matter as much in baseball, and reliance on other players is less.”

Starting pitchers in particular have enjoyed a resurgence in value: The top three highest paid players in 2017 are all former Cy Young Award winners.

The Dodgers’ Clayton Kershaw — who will haul in over $35.5 million this season as part of a $215 million deal — is a three-time Cy Young winner and former MVP.

According to Bradbury’s analysis, hitting is responsible for 50% of a baseball game’s outcome, with fielding accountable for 13% and pitching the remaining 37%.

Though hitting and fielding duties are spread among nine players, Bradbury notes that a heavy load of pitching falls on the shoulders of a starting pitcher.

“A pitcher faces a lot of batters, but a batter only comes up about five times a game,” he says. “A good starting pitcher covers a large percent of your workload, and that’s one of the reasons why pitchers are so valuable, especially if they are good starters and durable.”

“If you win more games, you’re going to make more money,” says Bradbury, who suggests that the Marlins signed Stanton in part because attendance has been low since the franchise’s second World Series win in 2003.

“The expectation is that (Stanton) is going to be so good, and that he will return that revenue to the team.”

But forecasting baseball players’ productivity based on past performance is tricky, says Berri, who co-authored “Stumbling on Wins: Two Economists Expose the Pitfalls on the Road to Victory in Professional Sports.”

“Salary is a function of what (a player) did in the past,” says Berri, who notes that MLB general managers often overlook the obvious when considering the future — including the downfall of an aging superstar like 37-year-old Albert Pujols.

The three-time MVP’s batting efficiency has declined since signing with the Los Angeles Angels in 2012, yet has five years and $140 million remaining on his contract.

“I’ve spoken to a lot of different people in sports; I never get the impression that they know what they’re talking about,” says Berri.

“There is a sense you get that they would know who’s good and whose bad, and they would figure this stuff out.”

“Some will outperform, and some will underperform,” says Bradbury. “You can always look to the ones who don’t work out, but there are ones where teams do benefit from a long-term contract.”

So far, Stanton’s mega-contract — which will not expire until he turns 38 — has not changed Miami’s fortunes.

The team limped to its seventh consecutive losing record last season, while the three-time All-Star was hobbled by injuries.

But lesser-known leftfielder Christian Yelich picked up the slack, batting .298 with 21 HRs and 98 RBI last season. The 25-year-old made just $1 million for his efforts in 2016, as part of a seven-year, $49.5 million deal negotiated the year before.