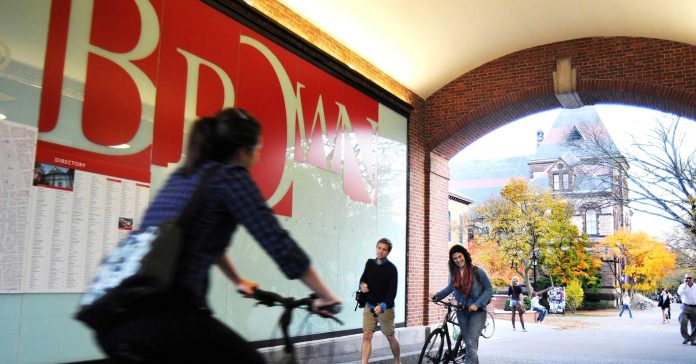 “We use H1-Bs to hire faculty, to hire researchers, post-docs. So that’s received less attention, but at the end of the day, that may have more of an impact than the executive order,” Paxson said.

The H1-B visa allows highly skilled international citizens to work in the U.S. temporarily, and has come under heavy criticism for allegedly stealing U.S. jobs and undercutting salaries. Trump has said he intends to roll out a work visa reform, and reports indicate that overhaul looks likely to reduce visa quotas and impose restrictions on international students.

Given an increasingly populist political environment, Paxson said: “I think that it’s more important than ever that we stand up and say: Look what universities like Brown University do, we’re all about advancing knowledge, we’re about discovery, we’re about creating what I think of as global public goods.”

And while it might be difficult to uphold values of the university with the current U.S. administration, “policies are not going to last forever,” she said, pointing out that Brown has been around for over 250 years and “the president will not be around that long.”