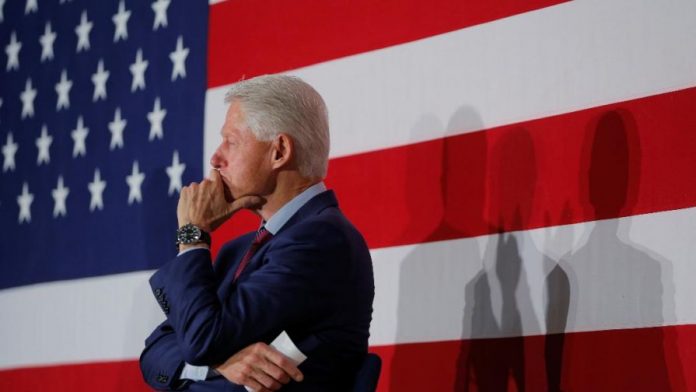 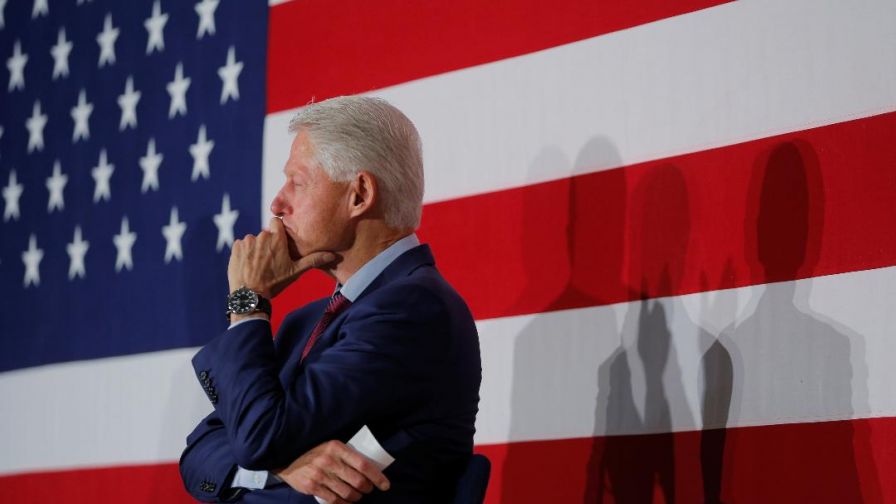 In an effort to help women speak out about sexual harassment, three women who have accused former president Bill Clinton of misconduct are speaking out. During a press conference with the Media Equality project the women retell their stories.

For the first time since the 2016 election, several women who have accused Bill Clinton of past sexual misconduct appeared together in public to revive their allegations against the ex-president amid the wave of new harassment claims in Washington.

The three women – Juanita Broaddrick, Kathleen Willey, Leslie Millwee – recounted their accusations against Clinton during a press conference at the National Press Club on Wednesday.

“I was 35 years old when Bill Clinton, the Arkansas attorney general, raped me,” former nursing home administrator Juanita Broaddrick said. “And Hillary Clinton tried to silence me. I’m now 74. And it never goes away.”

“I was sexually harassed by President Clinton in 1993,” said Kathleen Willey, a former White House volunteer who accused the president of fondling, groping and forcing himself on her.

“The first assault happened in the summer of 1980,” said Leslie Millwee, a former Arkansas television reporter who says the president sexually abused her several times in a small editing room while he was governor. 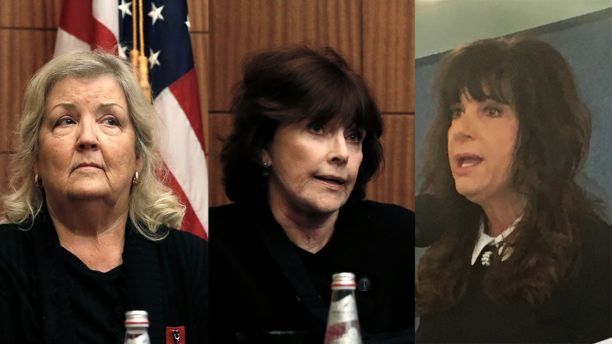 Millwee accused Clinton of repeatedly making unwanted advances toward her in the 1980s, including rubbing his genitals against her body, running his hands down into her breasts and making suggestive comments to her at the television station.

Organizers of the press conference initially said another Clinton accuser, Paula Jones, was slated to attend, though Jones did not show up.

Clinton has long denied the allegations, though he reached a settlement with Jones in 1999 to drop her sexual harassment lawsuit against him. A spokesman for the former president did not immediately respond to a request for comment Wednesday.

It was the first time the Clinton accusers appeared in public since Broaddrick, Willey and Jones joined then-candidate Donald Trump in October 2016 for a highly publicized press conference before the general election debate in St. Louis.

They also called for the end to the millions in secret settlements lawmakers have used to quietly settle cases of harassment lodged against them by congressional employees.

“I’m here to demand the resignation of Al Franken and John Conyers,” Willey said. “They are not sorry. Their apologies are weak. The only reason they apologized is because they were caught.”

“I’m tired of paying Bill Clinton’s pension for what he did to me and all of these other women. I know there are many, many more like me,” Millwee said. 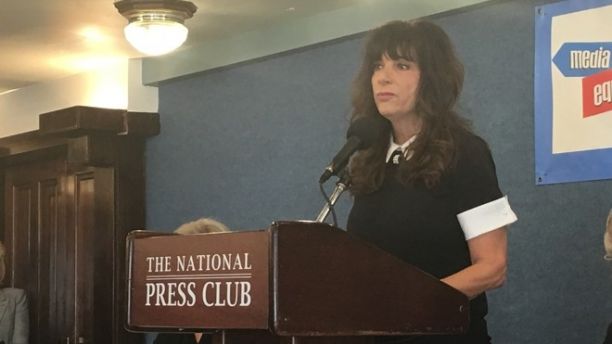 Franken said this week he is “ashamed” and “sorry” about his past behavior toward women, but indicated he will not resign. Conyers has denied the accusations of harassment, but has stepped down as the top Democrat on the House Judiciary Committee.

Broaddrick expressed hope that the recent avalanche of sexual harassment allegations means accusers will be taken more seriously, and not dismissed, like she has been.

“Today these allegations are being brought to a whole new playing field,” she said. “It’s more level now. It’s no longer being swept under the rug, never to see the light of day. We are entering a whole new era, in regards to allegations of unwanted sexual contact.”

Wednesday’s event was organized by a group called the Media Equality Project.

“Why bring Bill Clinton’s victims to an event denouncing Sen. Al Franken and Rep. John Conyers and others?” the group’s co-founder, Brian Maloney, said Wednesday. “Yet who could possibly understand the issue better than those who’ve endured the full force of the media and political establishment that would stop at nothing to protect corrupt friends and punish their accusers?”

During the press conference, another group co-founder, Melanie Morgan, lamented the sparse crowd of reporters in attendance to listen to the Clinton accusers. Most major news outlets did not send reporters.

“I was hoping to see a NBC camera today,” Morgan said, in a reference to Wednesday’s ouster of anchor Matt Lauer over sexual misconduct allegations. “I thought it would be appropriate if a NBC camera man and reporter came today. Are any of you guys with NBC? ABC? CNN? CBS? PBS?”

No one raised their hand.