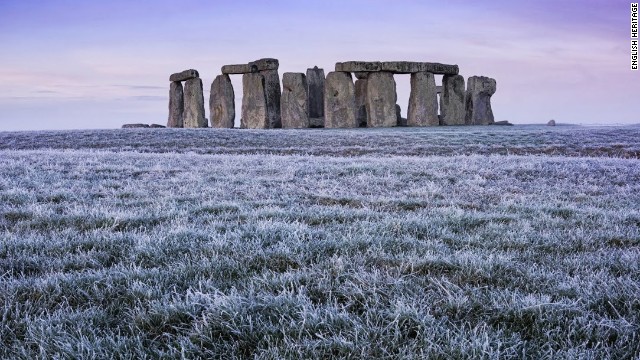 Or ogling the Sistine Chapel after every other tourist has been kicked out for the night.

This type of unimaginable access to global treasures is what Greg Sacks orchestrates for a living.

“We’ve privatized the Sagrada Família in Barcelona, a couple of Michelin-starred restaurants in Andalusia and several museums in Florence and Paris,” he explains.

Sacks says the price tag for such privileged access can range from $9,000 to $40,000 — but don’t expect to find any of this information online.

“It’s not something they put out there formally to the tourist trade,” he explains. “But informally it can often be done.”

Luxury travel outfits often include private tours as an incentive for travelers to book their trips, while other forms of insider access might entail a simple mix of know-how and foresight.

If you’re wanting to visit the world’s cultural wonders without the crowds, here’s a sample of places that can make it happen.

It’s every traveler’s nightmare: You finally make it to one of the wonders of the world only to find a horde of other tourists already there tarnishing your view.

But there’s an alternative if you don’t want your perfect shot of Stonehenge ruined.

Stonehenge Tours inked a special arrangement with preservation agency English Heritage to offer privileged access to the Stone Circle at dawn and dusk when the site is closed to the general public.

Of course, there’s a slight catch.

Demand for VIP access far exceeds the sporadic supply, and the £97 ($149) tours are often sold out months in advance.

But good luck elbowing your way around to get to your favorite artists.

This bastion of Midtown Manhattan is one the world’s most trafficked museums with more than 3 million annual visitors, making a private access tour either before it opens to the general public or after it closes one of the most alluring VIP deals New York has to offer.

MoMA runs a select number of one-hour private guided tours conducted by a museum lecturer starting at $63 per person with a minimum requirement of 10 people to seal the deal.

The Forbidden City may not be as forbidden as it was a century ago, but within this sprawling Beijing complex lies the Chonghua Palace, an architectural marvel that remains very much off limits to the general public.

Those interested in a 30-minute look inside, however, can obtain private access to the palace (only on good weather days to protect its gold-brick floors) by booking select tours like National Geographic Expeditions Inside China ($6,995 for a 13-day journey from Beijing to Shanghai).

Emperor Yongzheng built this “palace of double glory” in 1727 so that his tea loving heir-designate, Emperor Qianlong, could hold elaborate banquets each Lunar New Year.

With a spectacular collection of meticulously preserved furnishings, this forgotten palace provides a revealing snapshot of life in the Qianlong period.

The private palazzos of Malta

Formerly inaccessible to everyday tourists, Malta’s most spectacular private mansions and palazzos are now being shown thanks to a new tour offered by bespoke travel agency beyond3sixty, in partnership with the five-star Corinthia Palace Hotel.
The program, known as Private Malta, launched in 2015 and offers a lucky few exclusive access behind the oft-photographed limestone facades into the heart of some of the island’s most incredible structures.

The idea is to not only take in the stunning architecture but to visit with the buildings’ owners, hear their stories and share a meal or private concert.

The four-day all-inclusive itinerary starts from €2,290 ($2,533) per person and runs bi-monthly through 2018 when Malta’s capital, Valletta, will be crowned the European Capital of Culture.

The Sistine Chapel may be one of the most serene spots on earth, but it doesn’t carry the same magnetism when tour-loads of schoolchildren come bounding through and guards grumble “No photo!” like an unending mantra.

Those who want smaller crowds and more time (at least 30 minutes) to gape at Michelangelo’s fantastical interpretation of The Last Judgment on the chapel’s ceiling can get VIP access to the Vatican on a private after-hours tour from Italy With Us (€350/$387).

Tours start with a Vatican security guard unlocking the doors and end with exclusive access to Raphael’s Rooms and the maze of treasures that is the Vatican Museums.

Along the way, Italy With Us ensures an unhurried look at the Vatican’s humbling beauty — one so sought after it’s booked out months in advance.

Aptly named Faraway Bay — a fly-in wilderness area in the remote Kimberley region of Western Australia — is home to one of Australia’s most comprehensive collections of Aboriginal rock art.

Yet one of the only ways for the general public to visit these inaccessible galleries is on a “rock art retreat” guided by Aboriginal elder Ju Ju ‘Buriwee’ Wilson.

Wilson, along with archeologist Lee Scott-Virtue, has been recording and cataloging the rock art of Faraway Bay since 1998, helping to paint a picture of what Scott-Virtue claims was “a mecca for Ice Age artists.”

The chance to hop on a boat and head out to these spectacular open-air galleries with Wilson comes just once a year.