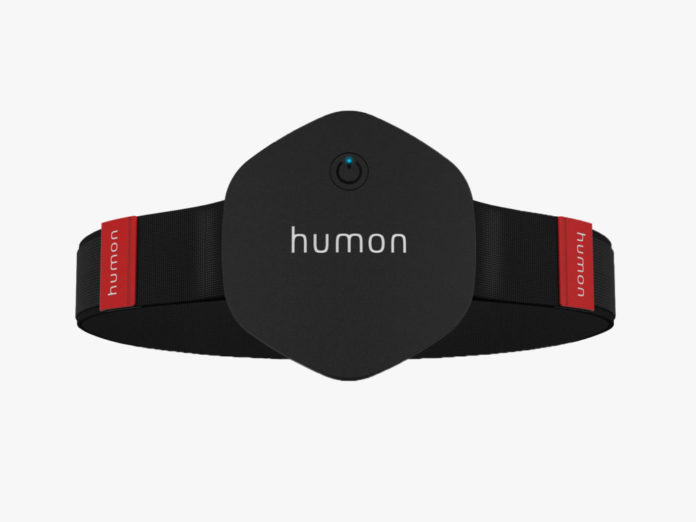 There was a time when your athletic coach showed up with a clipboard, a cigar, and an 8-cylinder burgundy Econoline.

Now, however, athletes can employ a variety of wearable body sensors to get useful coaching advice, as companion apps provide on-screen analysis for tracking and improving their progress. And if competitors want the valuable perspective of a human coach, these devices can also send daily workout information to a pro automatically.

To see what’s possible, I teamed up with a few testers, and we instrumented ourselves with five devices all over the body. We tried out sensors that attach to the upper thigh, calf, and shoelaces, as well as inside a sneaker’s sole. These various devices sense everything from muscle oxygen levels to foot asymmetries.

In our testing, these devices uncovered data that would certainly prove useful to both beginners and seasoned competitors. For instance, two of the hardest things for a beginning runner to learn are the correct pace and the proper form. (Experienced runners trying to gently ramp up their training could benefit from knowing these things too.) Some of these devices provided such information accurately.

Also, it was just damn cool for us exercise geeks to gather data traditionally only collected in clinics and laboratories with expensive, exhausting, and painful sessions. After two months of testing, we likely had more biometric data stored on a single phone than was kept on the entire 1976 Olympic track team—all with no coaches, clipboards, or sketchy vans.

Cycling and running, at their most basic, involve mixing sugar and oxygen inside the muscle to release energy. When the muscle runs out of energy, that’s when you bonk. Such a reductive description might take some of the romance out of a beautiful hill ride, but the sugar/oxygen equation makes this device from the Cambridge, Massachusetts startup Humon incredibly helpful for finding the perfect race pace.

The Humon Hex is an unusual sensor that straps around the upper thigh, like a bride’s garter or those nasty self-torture devices in the Dan Browne novels. It shines powerful LED lights into the muscle tissue and tracks oxygen saturation there, displaying it as a percentage on a Garmin watch or on your phone’s screen. The only way athletes usually get this data in real time is with an expensive lab test often involving continuous blood draws while exercising.

The Hex that was provided was a beta unit—when it comes out this summer, the price will be $295, and preorders are $195. The testers and I found it worked well, offering useful data about a runner or cyclist’s body. (As a beta, it was also full of glitches.) The Hex’s value is in showing trends, not data points. For instance, we had our test subject intentionally run 1,500 meters at a pace too fast for his fitness level. Athletes who push too hard typically go along feeling pretty good until they don’t: the legs become heavy oaken timbers and the lungs feel like leaky fireplace bellows. Muscle oxygen heads steeply downward, presaging entry beyond what’s called “lactate threshold,” when the desire to keep running gives way to the desire to crumple into a ball.

During the second minute of this intentionally stressful run, the Hex reported a steep decline in O2. The companion app (iOS and Android) charts a summary of the run, showing the points where the runner was holding a sustainable pace, when a bonk was imminent, and when they were running at a good recovery pace. Knowing this, the runner could plan shorter repetitions at those higher, unsustainable paces, or maintain a slower pace for tempo workouts and intervals.

For the tricky work of understanding what hard exercise is doing deep inside the body in the heat of competition, Hex promises better reliability than heart rate monitors or other low-cost methods. The battery life of the leg sensor is generous, offering two full weeks of workouts without a charge. On the downside, the colorful screens of the beta software are too confusing to get useful real-time information at a glance—it’s more useful for studying overall workout summaries. The app is also supposed to dole out personal advice, but this feature is not available yet.

This small plastic nugget ($199) attaches to a runner’s shoelaces and measures power—the number of watts the runner is outputting with every step. In our tests, we found the Stryd useful for figuring out the difficulty of a run, regardless of the surface or hills. The device also provided a test run for the track to create appropriate running zones for slow and fast workouts.

Once we had our zones, we found the sensor offered a simple way to stick to a specific intensity or effort level. Other methods have always been challenging for runners; pace varies too much depending on hills, and heart rate can be unreliable depending on outside temperature, hydration levels, or other body conditions (like hangovers). The Stryd displays data on Garmin, Suunto, and other watches, as well as the app on the phone screen.

Two years ago, I tested the previous version of Stryd’s technology. The company has since added new data fields to help runners critique and improve their form. Among the new measures are “form power” and “leg spring stiffness.” Form power describes how much energy the runner is putting into holding their form together in a run—it usually increases at the end of a race. The app also displays “leg spring stiffness”, or the energy a runner can recycle with each stride. (In bad marathon performances, runners often start with a springy, bouncy stride and end 26 miles later in a flat shuffle.) In the app, Stryd offers workout plans to improve leg spring stiffness in races, providing guidance on such efforts core and leg strengthening exercises.

In our tests, we could see on the app’s graphs how our tester’s leg spring stiffness decreased while his form power increased as he fell apart in the last minute of a hard mile time trial. At that point, he said, he stopped paying attention to his form and just wanted to finish.

Tune ($200) collects simple data about a runner’s stride and offers clear advice on how to improve it. The device consists of an insole for your running shoe with four pressure sensors. Each time you land, the sensors measure what part of your foot strikes first, how long your foot remains on the ground, and when it leaves the ground for the next stride.

After a few runs, the Tune app shows in-depth form data about a runner’s body and offers upper-body, core, and leg strength workouts to improve what it sees as deficiencies. It told our tester to do step raises, glute bridges, and sumo squats, offering great videos to help correct form. The device has weeks and weeks of battery life, though you have to carry your phone with you on the run to glean its insight. (There are apps for iOS and Android.)

Tune correctly diagnosed an imbalance to our tester’s right foot in each stride. He had previously been to a kinesiology lab at the University of Massachusetts where a footwear researcher, using a force plate and video analysis, showed that his forefoot kind of stabs the ground with each stride. His left foot lands in a typical manner and elegantly rolls into the flight phase. Tune shows some of the same data. For a consumer device, this is certainly useful, though it’s unclear whether the often reductive advice from Kinematix could fit all runners. For instance, the app often suggests switching gradually from a heel strike to a forefoot strike. Many researchers have presented data that suggest some heel strikers run the way they do because that’s the best way for their bodies. One hopes that in wanting to help runners improve their form, Kinematix first does no harm.

The testers and I ran for a few weeks with the RunScribe Pro ($199), a pair of foot pods you attach to your shoes. They promise to diagnose running form issues, but we found they weren’t worth the hassle. The devices work much like the Kinematix Tune, but the data offered was much more obscure and was not placed in the context of how to fix the problem.

One feature we liked: The Pro is the only device that provides analysis in comparison with data from the crowd; in the same way it’s always interesting to see the TurboTax visualizations of how your taxes compare with those of other Americans, it was nice to see a form comparison with thousands of other runners. It’s interesting to learn, for instance, that compared with all other RunScribe customers, our tester had higher running efficiency and lower impact.

As with the Tune, our tester learned of a significant imbalance in his right foot while running. The RunScribe device, however, provided less context with its confusing array of charts and data points in the app. (There are apps for iOS and Android.)

BSX Insight ($370 for the cycling version, $300 for running) takes oxygen saturation readings from a leg muscle to measure an athlete’s fitness level. The basic science is similar to the Humon Hex, but the Insight takes data from a sleeve worn around the calf. And instead of offering real-time data, it leads the athlete through a self-test of running or biking through increasingly harder zones. After that, the app spits out a simple chart for one’s workout zones. It does offer real-time feedback in terms of oxygen consumption and hemoglobin, but not in a way that we found easily understandable during a run.

Our tester went through the test workout, running at various paces with the calf-sleeve wrapped around his leg. The resulting chart in the app (iOS and Android versions are available) showed that he should try to complete conditioning runs at no faster than a 7:53 pace and tempo runs no faster than 6:23. In contrast, our tests using a heart rate strap showed that heart rate didn’t offer personalized exercise zones with close to the same accuracy or detail.