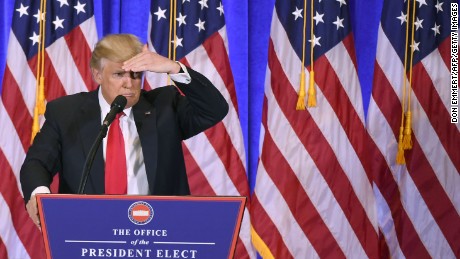 That means 2016 set a global heat record for the third year in a row according to NOAA and NASA, who held a joint press conference on Wednesday to discuss the record.

Not only was this the third consecutive year to rank hotter than all previous years, it also means 16 of the 17 hottest years on record have occurred since 2000, according to NOAA. To put this in perspective, the last time we had a record cold year was 1911.

And the pollution certainly is behind the long-term trend toward warming, scientists say.

“(T)he spate of record-warm years that we have seen in the 21st century can only be explained by human-caused climate change,” said Michael Mann, director of the Earth Science Center at Pennsylvania State University.

“The effect of human activity on our climate is no longer subtle. It’s plain as day, as are the impacts — in the form of record floods, droughts, superstorms and wildfires — that it is having on us and our planet.”

Humans are contributing to warming

A record El Niño lasting from 2015 into 2016 played a role in further pushing the planet’s temperature higher. El Niños are weather phenomena that warm the Pacific Ocean and pump lots of excess heat into the atmosphere, raising global temperatures.

But El Niño is only one factor in the warming of the planet.

And climate scientists say it is a relatively small one when compared to the role that humans are playing.

“The record is due to a combination of the (natural) strong 2015-2016 El Niño (warming of the tropical Pacific Ocean surface) and the strong global warming trend that has continued from 1970 to the present,” James Hansen, former director of the NASA Goddard Institute for Space Studies, told CNN.

But “the human-caused, long-term warming trend is the bigger contributor,” he added.

To come up with its figures the WMO combined different global temperature datasets from various sources, including NOAA, NASA, the UK Met Office and the European weather and climate center, ECMWF.

Despite using different methods to compile and analyze the temperatures, all those agencies reached the same conclusion — that 2016 “continued the long-term trend of warming we have seen since the 1970s … and have not paused in any way,” said Gavin Schmidt, director of NASA’s Goddard Institute for Space Studies.

While the warming for the planet was just over 1 degree Celsius, the Arctic continued to warm much faster, with temperatures more than 3 degrees Celsius — 5.4 degrees F — above what they were in previous decades.

“The Arctic is warming twice as fast as the global average” according to the WMO Secretary-General Petteri Taalas, and “we have also broken sea ice minimum records in the Arctic and Antarctic.”

The polar warmth is not just a problem for the polar bears, it lead an entire village in Alaska to vote to relocate.

And the impacts extent much further.

“The persistent loss of sea ice is driving weather, climate and ocean circulation patterns in other parts of the world. We also have to pay attention to the potential release of methane from melting permafrost,” said Taalas.

Many scientists believe 2017 is unlikely to break the record for a fourth consecutive year.

That’s because El Nino, a natural phenomenon that creates more warming, may not be present this year.

That doesn’t mean climate change has stopped, though.

Humans continue to pump greenhouse gases into the atmosphere, warming the planet in the long term.

And Schmidt said on Wednesday that 2017 is still likely to be “a top-5 year” for global temperatures.

“Though some years will be warmer than others, the overall trend over multiple decades will inevitably be upward as long of concentrations of CO2 in the atmosphere keep increasing,” said Gerald Meehl, a senior scientist at the National Center for Atmospheric Research.

Climate models consistently show that if CO2 continues to be released into the atmosphere at the current rate, temperatures will continue to climb well above 2 degrees Celsius, according to the latest from Intergovernmental Panel on Climate Change.
That creates real consequences, from rising sea levels — threatening low-lying islands and cities like Miami Beach, Florida — to searing droughts and mass-extinction in the natural world.

Meanwhile, it seems unlikely the world’s second-biggest climate polluter, the Untied States, will shift away from fossil fuels soon. As news of the hottest year on record circulated the Internet, President-elect Donald Trump’s pick to head the US Environmental Protection Agency, Scott Pruitt, testified on Capitol Hill.

Pruitt expressed doubt about the certainty and seriousness of human-caused climate change, despite overwhelming evidence. Research shows 97% of climate scientists — almost all of them — conclude people are warming the planet.

The American public, meanwhile, favors more action on this issue.

So the Trump Administration may find itself out of step both with the science — and the public.