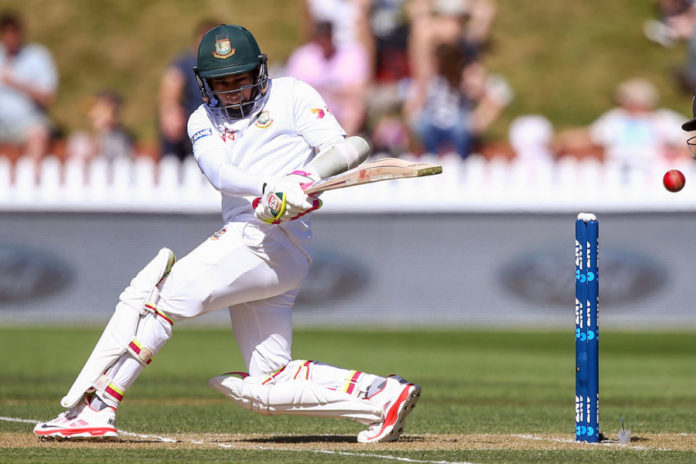 Bangladesh’s tour of New Zealand just got harder, with their captain Mushfiqur Rahim, opener Imrul Kayes and No. 3 Mominul Haque ruled out of the second Test in Christchurch. They will need time to recover from injuries. Mushfiqur’s thumb will keep him out for at least three weeks, Imrul has a grade-two thigh strain, and Mominul has a rib injury.

Mushfiqur’s absence, in particular, will be a shock to the system: this will be the first time since June 2007 that he will not be a part of their batting order. He has been a stable cog in a middle order that has undergone through several changes over the years. In his absence, greater responsibility will fall on Shakib Al Hasan and Mahmudullah.

Imrul, too, has been important as one half of Bangladesh’s best opening partnership, so Tamim Iqbal will carry a double burden – as opener and now, captain. Soumya Sarkar will open for the first time in Tests. Mominul’s absence is also a severe blow: he made 64 and 23 in Wellington and had not missed a Test since February 2013. Bangladesh will do well to replicate their first innings at Basin Reserve, but improve upon their bowling.

New Zealand have few such worries, given almost everyone made contributions in the first Test. Tom Latham and Kane Williamson struck hundreds while Ross Taylor, Henry Nicholls, Mitchell Santner and BJ Watling all contributed. As at Wellington, it will be their bowling, which brings a range of threats, and that will be the difference.

Neil Wagner will once again test the Bangladesh¹s technique against the short ball. He was relentless against Mushfiqur in the second innings in Wellington.

Shakib Al Hasan made the highest score by a Bangladesh batsman in the first innings but played a wild shot that derailed their effort in the second. Free-flowing batting is his forte but there will be times when he has to curb the natural instinct.

The hosts are unlikely to change their line-up barring any last-minute injuries.

Wicketkeeper Nurul Hasan and Soumya Sarkar will come in for the injured pair of Mushfiqur and Imrul Kayes. The uncapped Nazmul Hossain Shanto is likely to replace Mominul at No.3. Nazmul and fast bowler Mustafizur Rahman, who were travelling with the squad, were called in as back-up.

The Hagley Oval pitch was under covers for most of the last two days, but both teams are expecting it to be bowling-friendly especially in the initial skirmishes. Pakistan, the last visiting team that played at this venue, had a rough time, getting bowled out for 133 in the first innings.

“It hasn’t been a frustrating tour. The way we played cricket, was quite good. The result doesn’t show our competitiveness.”
Tamim, Iqbal , Bangladesh¹s captain for the second Test, on his side’s tour so far.

“Hagley Oval is a pretty good surface. Generally a bit of grass is left on it and ball tends to seam around. I think the first couple of hours are crucial, but it does turn into a nice batting wicket.”
New Zealand fast bowler Trent Boult with an assessment of the pitch.