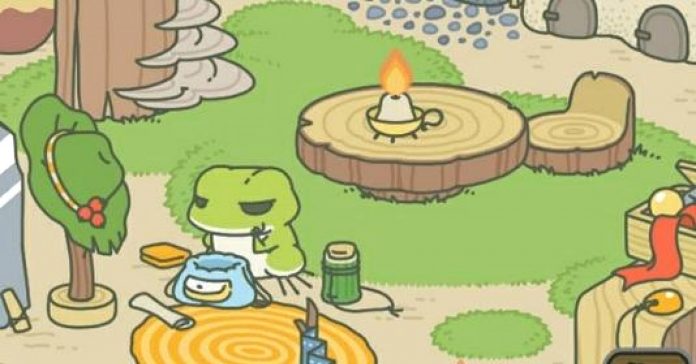 Behind the craze is Japanese game developer Hit-Point, which was previously best-known for creating the popular cat-collecting game “Neko Atsume.”

Even though it’s difficult to pinpoint what has driven interest among mainland users in “Travel Frog,” which is still only available in Japanese, local media outlets reported that mainland players said the game’s slow nature was part of its charm.

The game was popular as it “tap[ped] the trend among younger generations in China to search out ‘Zen-like’ activities,” China Daily said, adding that those users were taken with its “Buddha-style gameplay.”

But not everyone is thrilled about “Travel Frog.”

In a post on social media platform Weibo last week, the state-run People’s Daily opined that people should aim to enrich themselves and “avoid being a lonely frog-raising youth.”