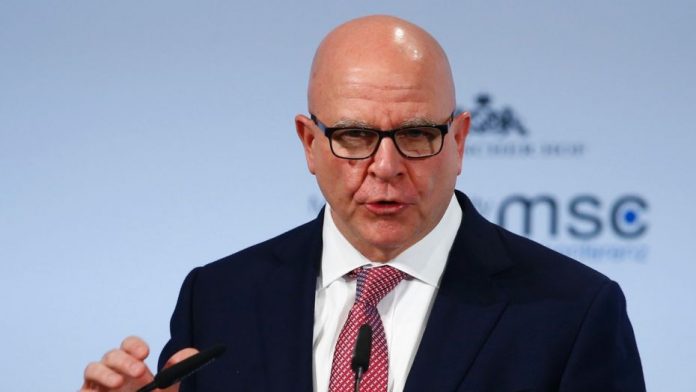 The White House pushed back on a report Thursday that H.R. McMaster would soon leave his position as national security adviser.

NBC News reported that McMaster’s departure would happen as soon as next month. The report described the move as “orchestrated by chief of staff John Kelly and Defense Secretary James Mattis.”

“I was just with President Trump and H.R. McMaster in the Oval Office,” National Security Council spokesman Michael Anton said in a statement of his own. “President Trump said that the NBC News story is ‘fake news,’ and told McMaster that he is doing a great job.”

Despite the denials, White House sources tell Fox News that there are many people in the West Wing — including Trump himself — who would rather see McMaster removed from his position. Those sources added that a whisper campaign against McMaster has existed within the White House for some time and has recently reached a crescendo.

Last month, McMaster said there was “incontrovertible” evidence of a Russian plot to disrupt the 2016 U.S. election during a speech at the Munich Security Conference. On the same day, Trump tweeted that McMaster had forgotten to mention that the election results were not changed by the Russians efforts.

Trump also said McMaster should have noted the only collusion was between Russia, Democratic nominee Hillary Clinton and the Democrats.

McMaster became national security adviser in February 2017 after the resignation of Michael Flynn. Prior to his appointment, McMaster had been director of the Army Capabilities Integration Center, where he was tasked with assesing the military’s capability against potential threats. He is a veteran of the Persian Gulf War, as well as the wars in Iraq and Afghanistan.