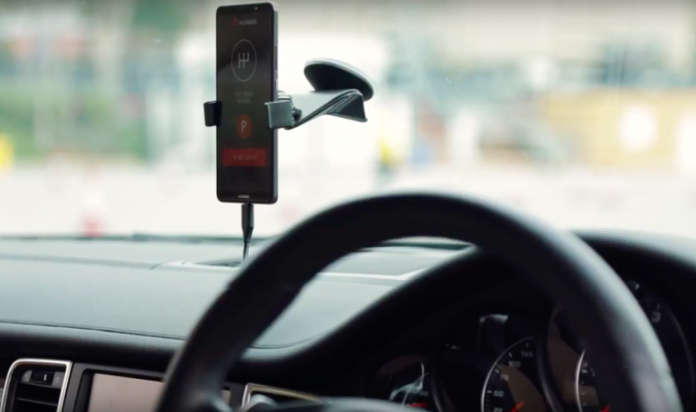 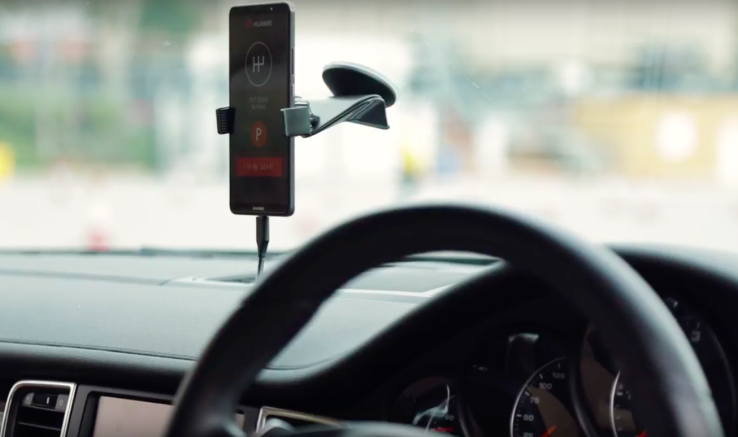 Huawei didn’t have a new phone to show at MWC this year, so it did what any good smartphone maker would: it put the Mate 10 Pro in an autonomous car and drove it directly at a dog.

Of course, the promotional video was a lot more dramatic than what the company was actually demoing at the show itself. And while the company insisted to us that the dog in the video was, indeed real and not the result of a few clever film cuts, the poor confused pup was never actually at risk during its trials.

At its MWC trials, the company brought along big cutouts of a dog, cyclist and soccer ball (okay, okay, football). The company invited us for a quick ride along to test what was essentially a clever promotion for the smartphone’s baked in AI processing capabilities. If nothing else, it was an excuse to go for a quick ride in a Porsche Panamera during our time in Barcelona.

Essentially the phone’s neural processing unit (NPU) is being used to identify objects and telling the car how to react when they’re in the way. The demo consisted of two short drives. The first was roughly five miles an hour, with the camera identifying objects. Here we were asked to assign one of three different reactions: swerve left, swerve right and stop, each corresponding to a different cutout.

With the second trip, which ramped things up to school zone unfriendly 30 miles an hour, we drove directly at one of the objects choose by the team, who picked it up and walked in directly into the path of the car. As promised, the system spotting the cyclist and swerved to the right.

It’s a simple demo, but it was flashy enough to get the point across. The NPU utilizes that sort of image recognition to help take better images — kind of like the new version of the LG V30. The system was built out in around five weeks, according to the company. It certainly looks jury-rigged together, with a cable snaking from the phone sitting on the dashboard to the equipment on top of the room.

As Global Senior Product Marketing Manager Peter Gauden was understandably quick to point out during our conversation today, this shouldn’t be taken as any sort of indication that the company is planning to get into the driverless car business.

Good thing, too, because it would probably have a tough time selling them in the States.