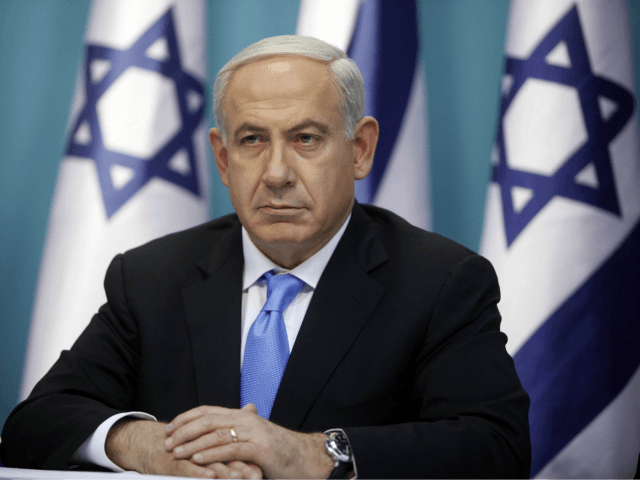 The Times of Israel reported: Israel will continue to defend itself, including by acting against Iranian efforts to entrench itself militarily in Syria, Prime Minister Benjamin Netanyahu said Saturday evening, at the end of a day that saw a dramatic escalation in Iranian-Israeli hostilities on Israel’s northern border, including the apparent downing of an Israeli fighter jet.

The Times of Israel added:

“Israel wants peace but we will continue to defend ourselves with determination against any attack on us and against any attempt by Iran to entrench itself militarily in Syria or anywhere else,” Netanyahu said in a filmed statement from the IDF headquarters in Tel Aviv, adding that Israel “holds Iran and its Syrian hosts responsible for today’s aggression.”

Netanyahu also said that he spoke with US Secretary of State Rex Tillerson and with Russian President Vladimir Putin on Saturday, noting that Israeli-Russian military coordination vis-a-vis Syria will continue.