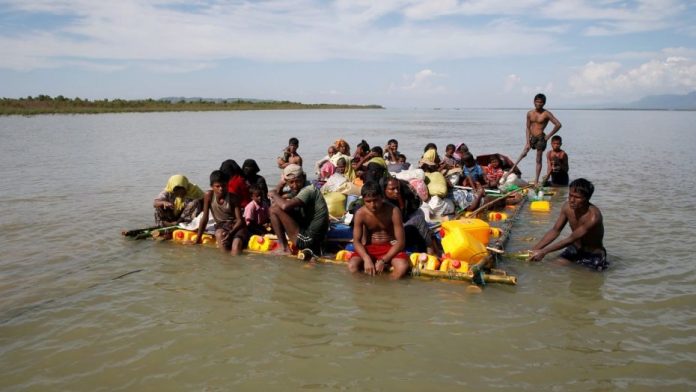 Rohingya refugees sail towards the bank of Naf River on a makeshift raft after crossing the Bangladesh-Burma border, at Sabrang in Teknaf, near Cox’s Bazar, Bangladesh, November 11, 2017.

The United States on Wednesday labeled as “ethnic cleansing” the Burma military operation against Rohingya Muslims that has sent over 600,000 refugees flooding into Bangladesh, and said it would consider possible “targeted sanctions.”

Secretary of State Rex Tillerson said in a statement the “horrible atrocities” by government security forces and “local vigilantes” have caused “tremendous suffering and forced hundreds of thousands of men, women, and children to flee their homes.”

“After a careful and thorough analysis of available facts, it is clear that the situation in northern Rakhine state constitutes ethnic cleansing against the Rohingya,” Tillerson said.

The secretary of state added the U.S. wants a full, independent investigation and would “pursue accountability through U.S. law, including possible targeted sanctions.” 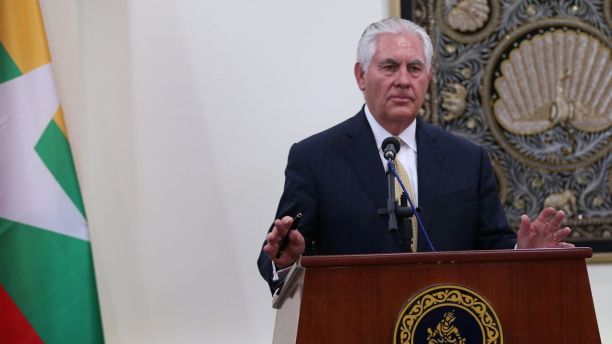 “Those responsible for these atrocities must be held accountable,” he said.

The United Nations in September made such a declaration in September, but the U.S. had held off, with Tillerson saying he needed more information even as he expressed deep concern about the crisis.

The crisis started in August, when Rohingya insurgents attacked Burmese security forces, leading to a brutal crackdown in which soldiers and Buddhist mobs have killed men, raped women and burned homes and property to force the Rohingya to leave. Rohingya from Burma’s Rakhine state have been fleeing to neighboring Bangladesh, seeking refuge from what the military has called “clearance operations.” 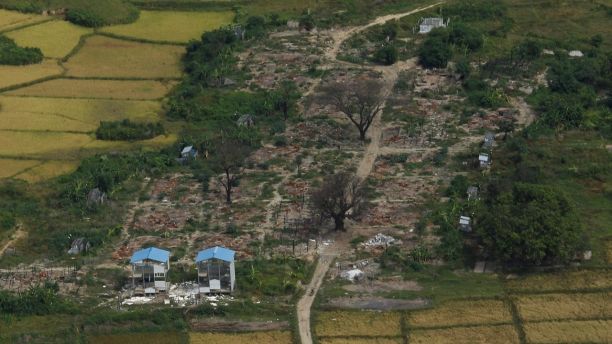 Human rights groups accuse the military of a scorched-earth campaign against the Rohinyga, who numbered roughly 1 million before the outbreak of violence. The Buddhist majority in Burma believes they migrated illegally from Bangladesh, but many Rohingya, who were officially stripped of their citizenship in 1982, have lived for generations in the country.

Tillerson made a trip last week to Burma where he met with the country’s civilian leader, Aung San Suu Kyi, well as the powerful military chief, Min Aung Hlaing, who is in charge of operations in Rakhine state, home to the Rohingya population. During his trip, Tillerson said the U.S. would consider targeted sanctions against individuals deemed responsible for the violence. 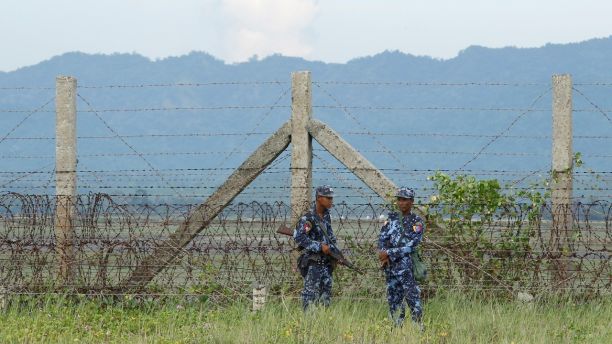 “Burma’s response to this crisis is vital to determining the success of its transition to a more democratic society,” he said Wednesday. “As I said in Naypyitaw, the key test of any democracy is how it treats its most vulnerable and marginalized populations, such as the ethnic Rohingya and other minority populations. Burma’s government and security forces must respect the human rights of all persons within its borders, and hold accountable those who fail to do so.”

Broad-based U.S. sanctions on the country were eased under former President Barack Obama as the Southeast Asian nation inched toward democracy.

U.S. officials have told the Associated Press they are concerned that reinstating sanctions or pushing Burma’s leaders too hard on the Rohingya violence could undermine the country’s civilian government, led for the last 18 months by Suu Kyi. That could slow or reverse the country’s delicate transition away from decades of harsh military rule and risks pushing Burma away from the U.S. and closer to China.