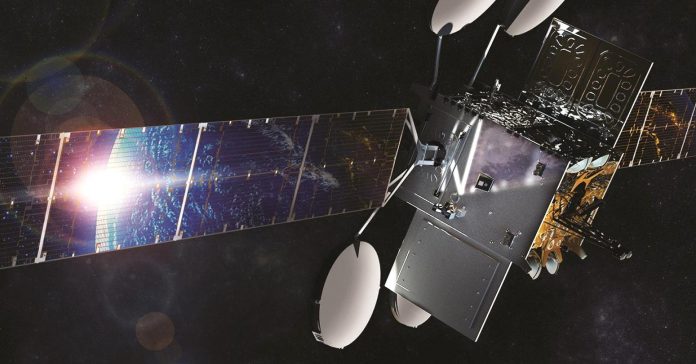 Viasat on Tuesday announced its new service is up and running, which will provide the fastest satellite-based home internet network available in the U.S.

The company — one of the few in the space industry that is publicly traded — launched its ViaSat-2 craft into orbit on June 1 and it is now ready to provide American homes with streaming and download speeds of up to 100 megabytes per second (mbps).

“Today’s service launch is an important step forward in Viasat’s mission to deliver faster internet anywhere,” CEO Mark Dankberg said in a statement. Speaking to CNBC, Dankberg noted “ViaSat-2 is more than double the capacity” of the company’s previous satellite launched in 2011, ViaSat-1.

The new satellite will offer Viasat customers a range of speeds through five unlimited plans, which Dankberg said are modeled after today’s wireless packages – from 12 mbps to 100 mbps.

“ViaSat-1, at the time, was 100 times the bandwidth of the typical broadcast satellite. It was used to introduce broadcast broadband services in 2012 that were 12 mbps downstream plans – higher than LTE,” Dankberg said.

The previous iteration was “a very good economic success” for Viasat, Dankberg said, at its peak bringing “about $600 million in annual revenue.”

That windfall means Viasat has been able to continue to improve the technology, with the company already building its ViaSat-3 network — three satellites that would expand the company’s coverage to the entire globe. ViaSat-3 aims to further boost the company’s capacity, to 1 terabit per second (or 1,000,000 mbps) per satellite.

The satellite business is one of the fastest growing segments of the $350 billion space industry, with new low Earth orbit (LEO) networks planned from the likes of Boeing, SpaceX, OneWeb and Telesat. SpaceX has especially emphasized the reach of its constellation of 4,425 satellites, with founder Elon Musk saying the network would be a “real enabler for people in poorer regions of the world.”

Viasat has already begun to reach those areas of the world, but with satellites that are larger and in geosynchronous orbit (GEO)– meaning they are stationary at a point above the Earth, Dankberg said. One of the biggest differences between having a few large GEO satellites, rather than thousands of smaller LEO satellites, “is the distribution of bandwidth,” he said. With LEO, “bandwidth is spread all over the world.”

“Which means you have bandwidth over large portions of water, where there is little to no demand for broadband services,” Dankberg said. “Our approach gives us a lot more control of where we put the bandwidth, because we can aim our bandwidth where we choose.”

For example, by adjusting its Viasat-1 coverage in the southwestern U.S., the company was able to expand into “hundreds of communities in Northern Mexico, delivering satellite-enabled Wi-Fi service,” Dankberg said.

“We probably bring the internet to well over 100,000 people today who have no other access – no cellphones, landlines or any other means to connect,” Dankberg added.