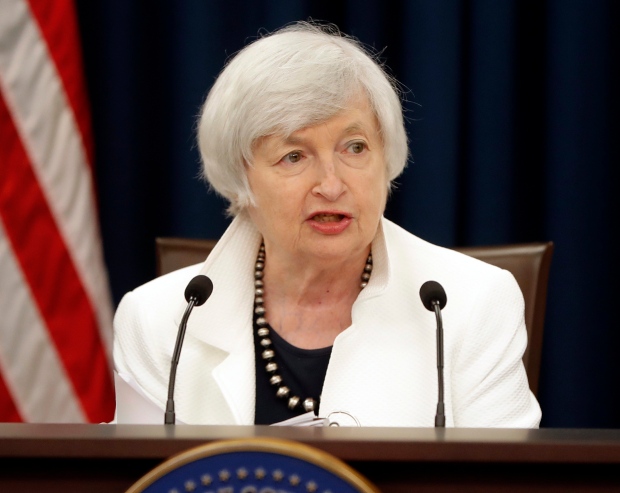 The U.S. Federal Reserve kept interest rates unchanged on Wednesday but said it anticipated inflation would rise this year, in a sign it is still on track to raise borrowing costs again in March under incoming central bank chief Jerome Powell.

Citing solid gains in employment, household spending and capital investment, the Fed said it expected the economy to expand at a moderate pace and the labor market to remain strong in 2018.

“Inflation on a 12-month basis is expected to move up this year and to stabilize” around the U.S. central bank’s 2 percent target over the medium term, it said in a statement following a two-day policy meeting, the last under Fed Chair Janet Yellen.

The Fed said on Wednesday its rate-setting committee had unanimously selected Powell to succeed Yellen, effective Feb. 3. Powell, a Fed governor who has worked closely with Yellen in recent years, was nominated by President Donald Trump and confirmed by the U.S. Senate.

Powell is not expected to dramatically change the policies embraced by Yellen, who spearheaded the move away from the near-zero interest rates adopted to nurse the economy back to health and spur job growth after the 2007-2009 recession.

In its policy statement on Wednesday, the Fed repeated that it expected that “further gradual” rate hikes will be warranted.

Fed policymakers have been encouraged in recent months as the U.S. economy picked up speed and the unemployment rate fell to 4.1 percent, a 17-year low.

The Fed raised rates three times last year and sees three more hikes in 2018 even as it continues to trim its balance sheet on a largely pre-set schedule.

Investors, who had all but ruled out a move this week, are betting heavily on a rate increase in March, followed by two more hikes by the end of December.

Those forecasts will hinge on a continued pickup in inflation, which has lingered below the Fed’s target despite a strong job market. In its statement, the Fed upgraded its description of the inflation outlook, noting that market-based measures of inflation have increased in recent months despite remaining low.

The statement did not address the likely impact of the Trump administration’s tax overhaul on economic growth.

Several Fed policymakers recently have said they expect the changes, which include an estimated $1.5 trillion in corporate and individual tax cuts, to provide an economic lift by boosting business and household spending.

The economy grew 2.3 percent in 2017. U.S. stocks have soared to record highs in recent weeks as investors calculated that corporate profits would rise in the wake of the passage of Trump’s tax legislation.

There were no dissents in the Fed’s decision on Wednesday.