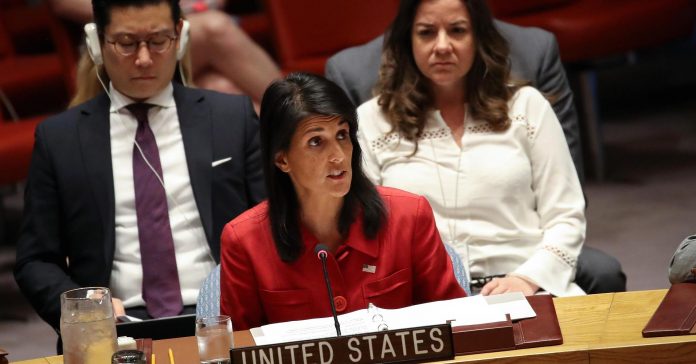 The United Nations Security Council condemned North Korea’s firing of a ballistic missile over Japan on Tuesday as an “outrageous” threat and demanded that Pyongyang not launch any more missiles and abandon all nuclear weapons and programmes.

In a statement the 15-member Security Council said it was of “vital importance” that North Korea take immediate, concrete actions to reduce tensions and called on all states to implement
United Nations sanctions on Pyongyang.

The council also expressed “its commitment to a peaceful, diplomatic and political solution.”

However, the U.S.-drafted statement, which was agreed by consensus, does not threaten new sanctions on North Korea.

Diplomats say veto-wielding council members China and Russia typically only view a test of a long-range missile or a nuclear weapon as a trigger for further possible U.N. sanctions.

The Security Council earlier this month unanimously imposed new sanctions on North Korea that could slash by a third the Asian state’s $3 billion annual export revenue after it staged
two long-range missile launches in July.

North Korea has been under U.N. sanctions since 2006 over its ballistic missile and nuclear programs.