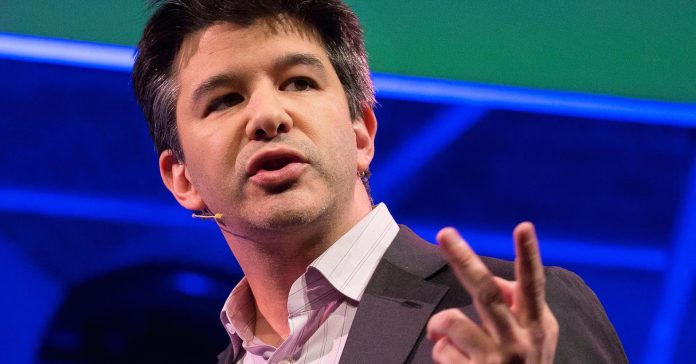 SAN FRANCISCO — The phone calls began late Friday among Uber’s new chief executive, Dara Khosrowshahi, and the ride-hailing company’s executives, as well as board members and a raft of lawyers. They were facing an emergency.

The problem was that Travis Kalanick, Uber’s former chief executive and a board member, had appointed two new directors — Ursula Burns, the former C.E.O. of Xerox, and John Thain, the former chief of Merrill Lynch — to the privately held company without informing them. The moves, which pushed the eight-member board to 10 people, gave Mr. Kalanick new potential allies on major decisions at Uber.

Mr. Kalanick’s actions were “disappointing,” Mr. Khosrowshahi wrote on Friday in a letter to employees that was obtained by The New York Times. “Anyone would tell you that this is highly unusual.”

More from the New York Times:

The trigger for Mr. Kalanick’s move was a proposal that Mr. Khosrowshahi and the investment bank Goldman Sachs, an Uber shareholder, had brought to the board on Thursday. The proposal, which is set to be discussed by directors on Tuesday, includes measures that would shift the power on Uber’s board by reducing Mr. Kalanick’s voting clout, expanding Mr. Khosrowshahi’s powers and imposing a 2019 deadline on the company to go public, according to three people with knowledge of the proposal who asked to remain anonymous because they were not authorized to speak publicly. Parts of the proposal were also read to The Times.

The power shift proposed by Mr. Khosrowshahi and Goldman Sachs spurred Mr. Kalanick to act to reassert control, according to a statement Mr. Kalanick issued on Friday. That has now plunged Uber into another period of uncertainty and a corporate governance crisis, at a time when the company had been trying to move beyond its controversial past with a new chief executive on board.

Uber is “attempting to copy some things that characterize good governance at a public company,” said Charles M. Elson, director of the Weinberg Center for Corporate Governance at the University of Delaware. But, he added, parts of the proposal “typically show up when you have poor management and are generally opposed by public shareholders.”

The governance plan that touched off the latest politicking was created by Mr. Khosrowshahi and Goldman Sachs as part of a bigger effort to finalize a deal to sell billions of dollars of Uber stock to the Japanese conglomerate SoftBank, according to a person briefed on the proposal.

That deal depends on the participation of some early Uber investors, who have said they will not sell their shares to SoftBank unless Uber’s governance structure changes and Mr. Kalanick is barred from returning as chief executive. Those investors include the venture capital firm Benchmark, which put money into Uber early on and has more recently been warring with Mr. Kalanick over his control of the company.

■ According to the proposal, if the Uber board seats currently held by three directors — Ryan Graves, Arianna Huffington or Wan Ling Martello — are vacated, Mr. Khosrowshahi gains the power to nominate directors for those spots. The new directors must be approved by a majority of the board and by a majority of all shareholders.

■ The plan also includes a proposal to remove the outsize voting power carried in two categories of Uber stock, the Class B common shares and the preferred shares. Class B common shares currently offer their holders 10 to 1 voting power, for example. But under the proposal, that would change to one vote per share. The change would diminish the power of some current shareholders, like Mr. Kalanick, as well as that of Benchmark and other venture investors.

■ The proposal also suggests that Uber elect only a few board members each year, in effect setting a cap. That would make it hard for an activist shareholder to take over the board.

■ One part of the proposal takes direct aim at Mr. Kalanick. The measure states that any person who has previously been an officer of Uber can return as chief executive only if he or she can get the approval of two-thirds of the board and 66.7 percent of all shareholders.

■ The proposed plan also imposes a 2019 deadline for Uber to go public. To ensure that the public offering happens at that time, there is a provision that if more than one third, but less than one half, of the board wants an I.P.O., they can add directors until they have the control over the board they need to make the public offering happen. This provision may be dropped.

■ The plan does allow Mr. Kalanick to keep his board seat, subject to the approval of Mr. Khosrowshahi. Of the two other board seats that Mr. Kalanick controls, one would be given to SoftBank while the other would be filled by the chief executive of a Fortune 100 company, if approved by the majority of the board and a majority vote of all shareholders. If for some reason Mr. Khosrowshahi rejected the proposed board member three times, he could designate someone for the third seat himself.

For now, most of Uber’s directors are reluctant to oppose the new board appointments of Mr. Thain and Ms. Burns made by Mr. Kalanick, according to two people who were briefed on the calls. Ms. Burns, the first African-American woman to helm a Fortune 500 company, and Mr. Thain, who also ran the New York Stock Exchange, could potentially help Uber address issues around company culture and diversity, and better prepare it to go public.

To employees, Mr. Khosrowshahi wrote: “Just know that the most important work here is the hard work you’re doing on behalf of our company. Keep focused, keep together, and keep going.”