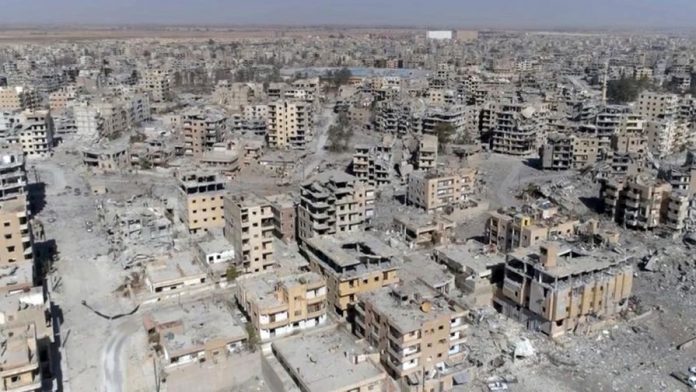 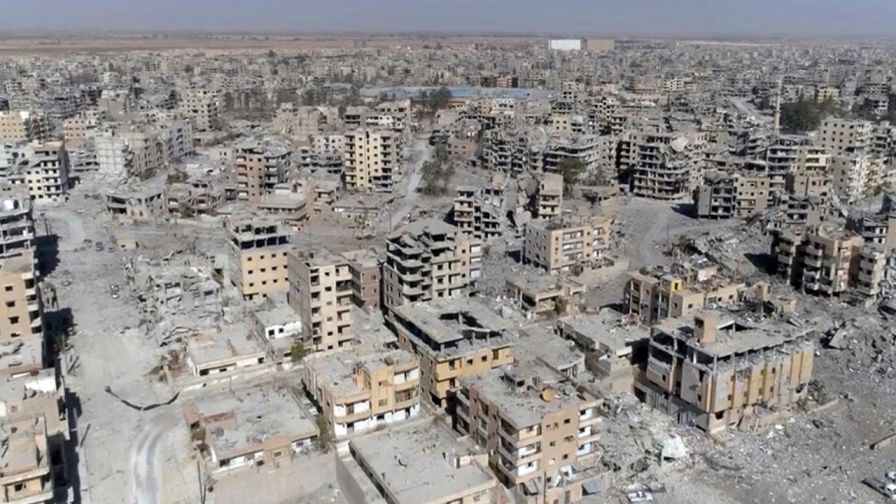 President Trump on Saturday celebrated the liberation of Raqqa from the Islamic State, saying this week’s recapture of the Syrian city by U.S.-backed forces could lead to an end of the caliphate.

“The defeat of ISIS in Raqqa represents a critical breakthrough in our worldwide campaign to defeat ISIS and its wicked ideology,” Trump said in a statement released by the White House. “With the liberation of ISIS’s capital and the vast majority of its territory, the end of the ISIS caliphate is in sight.”

U.S.-backed Syrian forces have gained control of the northern city that once was the heart of the Islamic State’s self-styled caliphate, dealing a major blow to the extremist group that has seen its territory shrink ever smaller since summer.

“We will soon transition into a new phase in which we will support local security forces, de-escalate violence across Syria, and advance the conditions for lasting peace, so that the terrorists cannot return to threaten our collective security again,” Trump said.

Militants took over the vibrant metropolis on the Euphrates River in 2014, transforming it into the epicenter of their brutal rule, where opponents were beheaded and terror plots hatched.

It took thousands of bombs dropped by the U.S.-led coalition and more than four months of grueling house-to-house battles for the Syrian Democratic Forces to recapture Raqqa, marking a new chapter in the fight against the group whose once vast territory has been reduced to a handful of towns in Syria and Iraq.

“Together, with our allies and partners, we will support diplomatic negotiations that end the violence, allow refugees to return safely home, and yield a political transition that honors the will of the Syrian people,” the president said.

Trump took credit for the progress, referencing his campaign promise to defeat the Islamic State and his orders to the military to counter its spread.

He also praised the acts of the service members who battled the Islamic State.

“I commend all of our coalition partners for the sacrifices they have made in this noble effort,” he said. “Therefore, as we recognize this military accomplishment, we also pause to honor our service men and women and all they have given to protect us and all civilized people from these modern day barbarians.