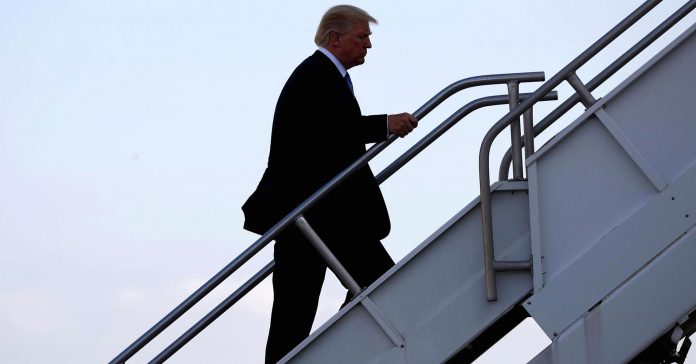 President Donald Trump will travel to Asia in November as he tries to curb North Korean aggression and potentially rework trade deals.

The president will go to Japan, South Korea, China, Vietnam and the Philippines, as well as Hawaii, during the Nov. 3-14 trip, the White House said in a statement Friday.

“The president’s engagements will strengthen the international resolve to confront the North Korean threat and ensure the complete, verifiable and irreversible denuclearization of the Korean Peninsula,” the statement said.

The White House said Trump will also “emphasize the importance of fair and reciprocal economic ties with America’s trade partners.”

The president, along with the leaders of Japan, South Korea and China, have looked to apply economic pressure on Pyongyang to get the communist dictatorship to abandon its nuclear and missile programs. The United States this week putnew sanctions on banks and individuals tied to North Korea’s financial system. Those measures follow multilateral sanctions unanimously applied by the United Nations Security Council, including China and Russia.

Trump has repeatedly pushed China, North Korea’s only major ally, to do more to cut off the rogue regime financially. The country’s central bank this month told its banks to more strictly enforce U.N. sanctions, earning praise from Trump.

Earlier this month, Trump said he considered pulling out of a trade deal with South Korea, a decision that could prove politically thorny as the countries try to cooperate on facing North Korea.

The president also threatened this month to stop “all trade with any country doing business with North Korea.” That would include China, the largest American trading partner, making the effort hardly realistic.