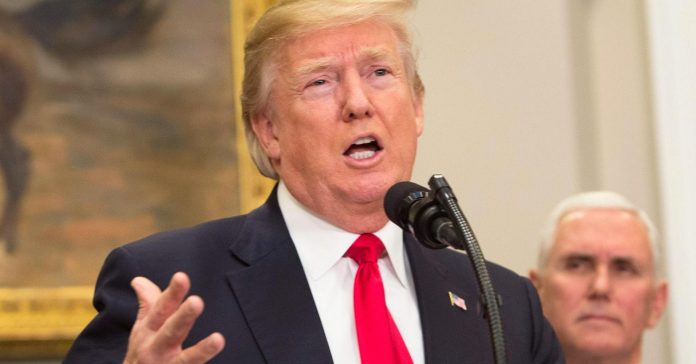 The second event and the one strategists see as the biggest wild card, is the Treasury‘s refunding announcement, scheduled for 8:30 a.m. ET Wednesday. It will include details on the first-quarter Treasury auctions and possibly on other funding needs for 2018.

The government’s bigger debt requirement is the result of more spending from the tax cuts and also an increase in entitlement spending. While usually a minor event, this week everyone in markets is watching the refunding announcement.

“That’s huge. There’s a lot of talk about that. We differ from the consensus so we think supply is at least going to pickup in the very long end, the 30-year bond. A lot of people think there will only be increases in the short end,” said Michael Schumacher, director of rates at Wells Fargo.

Briggs said he expects the auction size for 10-year notes and 30-year bonds to increase by $1 billion each, but any surprise could cause Treasury yields to move. He said the announcement should add supply across the curve, meaning an increase in Treasury bills at the short end all the way to the 30-year bond at at the long end.

The 10-year Treasury yield was at 2.72 percent in afternoon trading Tuesday, a big move from the 2.40 percent at the end of December. The 30-year was close to crossing the psychological 3 percent threshold.

When interest rates rise, they can become a challenge for stocks because they offer higher yielding investment alternatives and also make for higher borrowing costs for corporations. The closely watched benchmark 10-year Treasury yield impacts a whole range of borrowing rates from small business loans to home mortgages.

Goncalves said the government funding announcement will be important, particularly since it comes after the State of the Union focus on spending.

“Wednesday morning we may wake up and realize there’s more debt coming down the road. Then we see the government estimates for its borrowing needs,” he said. “That could be the one-two punch that brings us to near-term highs in rates for at least the week and maybe for the next month.”

The final event is normally the one that would have the most potential to be market moving, but it is not expected to have much impact this week. The Federal Reserve meeting, underway Tuesday, concludes Wednesday and the Fed issues its statement at 2 p.m. ET.

While the central bank is not expected to raise rates at Fed Chair Janet Yellen’s final meeting, it could indicate that the economy is improving and comment on inflation, which is running below its target.

But in the run-up to the meeting, the market is also beginning to expect a fourth rate hike for this year on top of the three the Fed is currently forecasting. If the statement sounds hawkish, that could pressure shorter-term rates, like the two-year. On Tuesday the two-year was at 2.12 percent.

“I feel like we have this crescendo moment if everything lines up like I suspect,” said Goncalves.

There are other factors impacting bond yields this week, including Friday’s jobs report, which could drive yields higher if wages rise more than expected.

“Technically, the charts show rates are stretched, and they’re due for a pullback. We have month end which will coincide with the day after the president’s speech,” Goncalves said.

Strategists also say there could also be political risk this week around the State of the Union.

“I think the only risk is if his trade rhetoric is aggressive, not just on NAFTA but on China,” said John Briggs, head of strategy at NatWest Markets.

Trump could also venture into another area that would make the market nervous — the investigation into Russian efforts to influence the 2016 election, and now the expected release of a GOP memo that some House Republicans think shows FBI bias against Trump.

“I’m not sure much can salvage what’s going on with sentiment now — all this chatter about the memo and concern about the just what’s going to happen with the Russia probe. The negative is if he fires [special counsel Robert] Mueller, it doesn’t go away. It just gets worse,” said Tom Simons, chief money market economist at Jefferies.