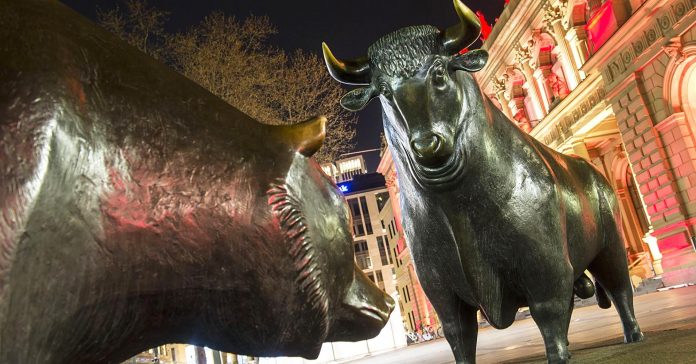 Flows into U.S. equity ETFs have been setting records, but on a relative basis, it’s the flows into overseas equity ETFs that are hugely outpacing their average take. And there’s a simple reason why: Overseas bets are currently trouncing the Trump trade.

The iShares MSCI Emerging Markets ETF (EEM) is up near-13 percent. The iShares MSCI EAFE Index (EFA) is up 8 percent. That compares to a near-6 percent return from the SPDR S&P 500 ETF (SPY) and a 4.5 percent year-to-date return for the SPDR Dow Jones Industrial Average (DIA).

“International is the better performer, and we’re seeing it in the flows,” said Neena Mishra, director of ETF research at Zacks Investment Research.

“This is a good sign from the risk-on part of the market,” said Todd Rosenbluth, director of mutual fund and ETF research at CFRA. “Many investors are saying economies are growing and global markets doing well enough to outweigh the Fed.” Fears that multiple interest rate hikes from the Federal Reserve this year would lead to another “taper tantrum” are not showing up.

The U.S. market sent mixed signals in March. Except for the tech-heavy Nasdaq, stocks have been flat to negative for the month. And some of the “Trump trades” were among the biggest losers in March among ETFs. The Financial Select Sector ETF (XLF) and Industrial Select Sector ETF (XLI) were among the top 5 ETFs in March outflows. “There’s some unwinding of the Trump trade,” Mishra said. Technology, which was the antithesis of the Trump trade due to concerns about a border war, was the only U.S. winner in March. Year-to-date, the Nasdaq is the only U.S. stock index keeping pace with overseas stocks, at a 12 percent return.

In addition, the dollar rally petered out, which helps overseas economies, especially in the emerging markets. South Korea, while mired in a corruption scandal, has risen 16 percent this year. Taiwan — where suppliers are benefiting from Apple’s all-time high — is up close to 14 percent.

Overall, it was another monster month for ETF flows, at $47 billion in March, slightly above February’s $46 billion haul (December set the record at $60 billion, with $47 billion alone in U.S. stock funds). And investors continue to invest in broad-based U.S. stocks: In March, the SPDR SPY and iShares Core S&P 500 were the top ETFs for new flows. For the first quarter, $133 billion poured into ETFs, according to XTF.com data as of mid-day Friday, setting a new quarterly record.

“Investors remain positive on the economic outlook in the U.S. and even as more worry about the Trump trade, ‘mom and pop’ who missed out on the rally earlier are getting back in,” Mishra said.

But the rest of the top five were the iShares Core MSCI Emerging Markets, Vanguard FTSE Developed Markets and iShares Core MSCI ETF. This has been the story all year after that record-setting month for the U.S. market ETFs in December.

In the first quarter, it was the iShares Core MSCI Emerging Markets ETF, and not any S&P 500 ETF, that was the No. 1 in flows, according to XTF.com data, at $6.6 billion.

“People are getting a bit concerned about valuations in the U.S. and seeing the Trump trade was overpriced, or priced in the best case,” Mishra said. “They are looking at other markets and other trades.” She added, “European stocks look so cheap compared to historical valuations and the S&P 500.”

Economic growth in Europe has been picking up. In the fourth quarter, Eurozone growth outpaced U.S. growth for the first time since 2008. This week’s U.S. GDP revision changed that, but doesn’t change the fact that Europe, which had been so weak for so many years, is seeing inflation, growth and earnings picking up.