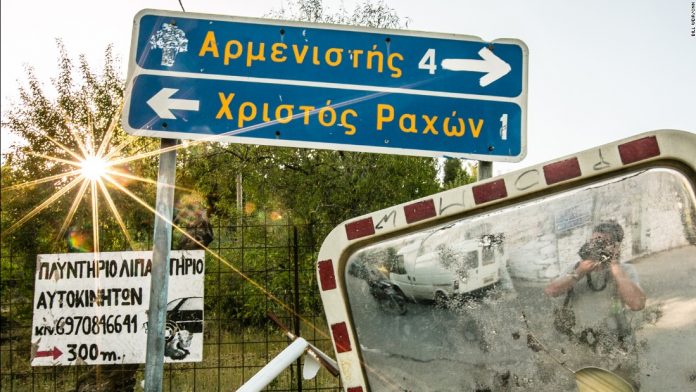 See, back in my ABC days, I became obsessed with the soft science of happiness. How do you measure such a thing? Where are the happiest places in the world? What’s their deal? These questions led me to an equally curious dude from the Twin Cities named Dan Buettner.

He is the kind of cat who spends his youth biking across Africa or down the Americas, from Alaska to Argentina. He’s the sort who organizes expeditions to explore why the Mayans collapsed, whether Marco Polo really discovered linguine in China and where to find the happiest people on Earth (Aarhus, Denmark, much to my surprise).

We met in Minnesota to shoot my story, and one night over dinner, he described how, in the course of these curious adventures, he blundered across an interesting statistic from the World Health Organization. It claimed that Okinawa, Japan, had the longest disability-free life expectancy in the world. People on this little island were living a very long time and then dying quickly and relatively free of suffering.

“How could that be?” he wondered.

So he took a small team, did a little digging, put the results online and the web traffic exploded. Suddenly Dan had a new career path.

With a team of doctors and demographers, he then found a pocket of centenarian men on the Italian island of Sardinia, an impressive cluster of healthy 90-year-olds in the Nicoya Peninsula of Costa Rica and another zone (shockingly) tucked into the bustling Southern California suburbs.

With each discovery, they would circle the area on the map in blue ink. They became known as the blue zones.

When I started to build “The Wonder List,” Dan was the first person I called. I begged him to adjust a summer vacation to meet me in his most recent Blue Zone discovery, a little Greek Island called Ikaria.
Does this beach paradise hold the secret to long life?

Thanks to squirrelly winds and no natural port, modern life had pretty much sailed on by this place. Meanwhile, its residents were outliving other Greeks, Europeans and Americans by almost a decade.

But social media, flat screen TVs and junk food were steadily creeping into this wonderful place, and some locals were worried that this generation of centenarians would be the last to live so long, so well.

“Life expectancy in America is about 79,” Dan told me over Greek wine, with a sweeping view of the azure Adriatic. “We should be able to live to 92. Somewhere along the line, we’re leaving 13 years on the table. So my quest is — how do we get those extra 13 years? And how do we make those extra 13 years good years?”

Many in medical science believe that only 25% of your longevity is determined by your genetics. They think the other 75% comes down to how and where you live.

So last summer, we spent several magical days on Ikaria and saw firsthand the lifestyle secrets of 80- and 90-year-olds who experience Alzheimer’s and dementia at a rate one-fifth of America’s.

Learn more about them, and meet my friend, Dan, in season one of “The Wonder List.”