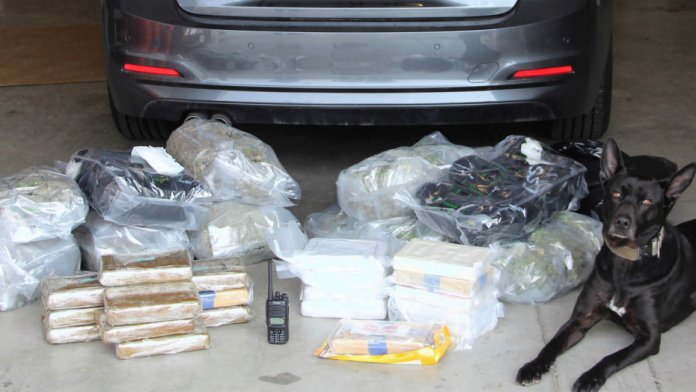 PRESCOTT, Ariz. –  Authorities in Arizona say a police dog sniffed out bags and boxes containing nearly 50 pounds of cocaine and over 27 pounds of marijuana inside a BMW driven by a 20-year-old Texas man.

The dog named Vader was brought in after the driver refused to leave the car. The Yavapai County Sheriff’s Office said Eduardo Pedro Martinez was arrested for failure to comply with a police officer.