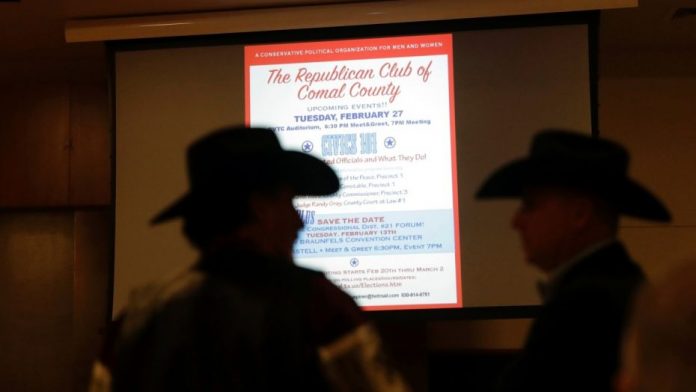 The midterm election season officially kicks off on Tuesday, when Texas voters head to the polls for the nation’s first primary of 2018.

With early voting already suggesting a record turnout for Democrats, and widespread speculation about what effect an endorsement by President Trump will have on Republican candidates, the Texas primaries are being looked at as both a bellwether for the rest of the nation – and a sign the red state could be turning purple more quickly than expected.

“What these primaries really boil down to is one issue: Trump versus anti-Trump,” Cal Jillson, a political science professor at Southern Methodist University, told Fox News. “There is relatively little talk about the issues for either party. It’s a race to the margins. Democrats are all against the president, while with Republicans it’s about staying close to Trump, and whether that hurts or helps them.”

While initially skipping some major Republican candidates in the Lone Star state, Trump went all in early last week when, in a series of tweets, supported a number of top-tier Texas Republicans.

“I want to encourage all of my many Texas friends to vote in the primary for Governor Greg Abbott, Senator Ted Cruz, Lt. Gov. Dan Patrick, and Attorney General Ken Paxton. They are helping me to Make America Great Again! Vote early or on March 6th,” Trump tweeted.

Texas Land Commissioner George P. Bush also got Trump’s endorsement, with the president saying the nephew and grandson of two former presidents “backed me when it wasn’t the politically correct thing to do, and I back him now.”

Unlike Cruz, Abbott, Patrick and Paxton – incumbents who are expected to easily win the GOP nomination in their campaigns – Bush is facing a tough battle against his predecessor in the land office, Jerry Patterson. A recent University of Texas/Texas Tribune poll found that when voters were allowed to be undecided, Bush mustered only 36 percent of the vote in his race.

It remains to be seen whether a Trump endorsement will hurt or help Bush. But either way, it puts the politician in a strange situation as he tries to merge the backing of the anti-establishment president with that of his storied political family. The Bush dynasty was built on moderate conservative policy positions, and was strongly against Trump in the 2016 race, where George P.’s father, Jeb, ran against him.

“What Bush would like to do is establish an identity as someone who is new and going to shake up the status quo. This is doubly difficult when you have a famous last name,” Daron Shaw, a political scientist at the University of Texas at Austin and former campaign strategist for George W. Bush, told the Houston Chronicle. “Bush is attempting to reinforce the notion that he is his own man and a politician for the 2020s, not the 1980s.”

Experts say Republicans will need a big turnout if the party hopes to counter the groundswell of interest for the Democrats. 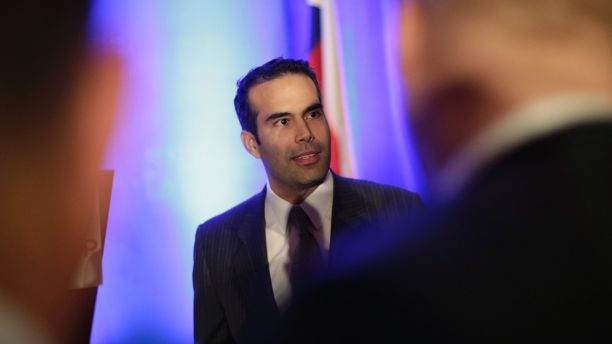 Despite midterm elections drawing much less interest than presidential election years, by Saturday more than 885,000 people in Texas had voted early or by mail in the state’s most populous counties. That’s a 50 percent increase from 2014, which marked the previous high of 592,000.

The early numbers also indicate that for the first time since 2008, more Texas Democrats will vote in their primary than Republicans. By Saturday, the Texas Secretary of State’s office noted 465,000 people voted in the Democratic Primary in the state’s 15 largest counties, compared to just about 420,000 Republicans.

There are a number of reasons for the uptick in Democratic voter turnout – more female candidates, the emergence of closet Democrats and a dislike of both Trump and the socially conservative Texas Republican Party – and analysts say this should worry Republicans.

“This Democratic surge looks really impressive,” Jillson said. “Having Democratic turnout surpass Republicans is a big deal in Texas, and should have the GOP scared.” 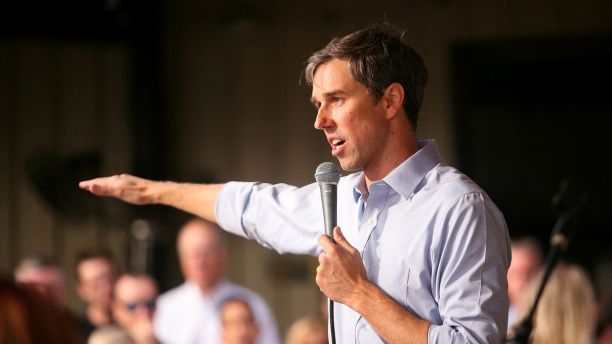 But Jillson noted the surge in Democrats voting will likely not be enough to turn the state blue as incumbent Republicans, both in national and statewide races, are unlikely to be toppled.

Texas Sen. Ted Cruz, for example, is likely to face Democratic challenger Beto O’Rourke who, despite being a fundraising powerhouse and an emerging party favorite, is not considered a true contender. A recent Texas Politics Project poll found nearly 40 percent of Texas voters have no idea who O’Rourke even is.

“The Democratic surge will show some results, but not enough to flip the state,” Jillson said. “They’re on a slow march, but unless the GOP fumbles this election really badly, Texas will not turn blue.”