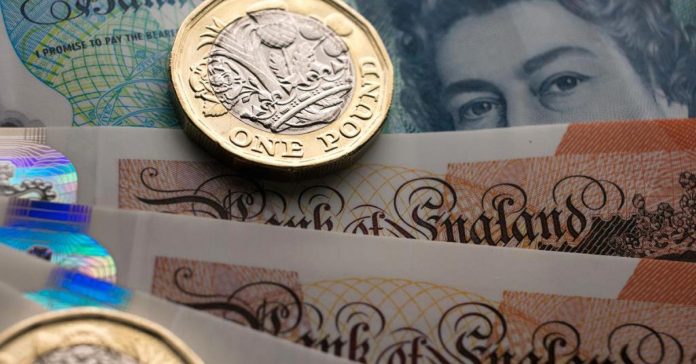 Sterling had been on a downward trend since the U.K.’s vote to leave the European Union in 2016, but reduced concerns over an abrupt break-up with the EU are sending the currency higher.

The pound traded at $1.40 against the dollar Tuesday morning, not only boosted by a weaker dollar, but also because traders are more confident that the U.K. will strike a deal with the EU and thus avoid a so-called hard Brexit, where the U.K. and the EU would be trading under World Trade Organization (WTO) rules.

“(Prime Minister) Theresa May does not have the political capital or the unity within the government to implement a ‘hard Brexit,'” Stephen Gallo, head of European forex strategy at BMO Capital Markets told CNBC via email Tuesday.

“Other factors like the Irish border issue have also tied her hands in this regard. Conservative, pro-Brexit ministers and MPs are loathe to undermine Theresa May out of fears of toppling the government and paving the way for a snap election. For these reasons, we revised up our 12-month view in GBP-USD to $1.45 last October,” he said.

On June 23, 2016, the day the U.K. held a referendum on its EU membership, sterling was at $1.48. It tumbled on the following day to $1.36 and touched $1.20 in January 2017. According to Gallo’s predictions, if Brexit negotiations produce some sort of deal between the U.K. and the EU, sterling could be back to its pre-Brexit values by the end of the year.

“We also think the big debate on the U.K.’s post-Brexit relationship with the EU will be kicked into the two-year transition and implementation period, which begins on March 30, 2019. In the context of a weak U.S. dollar and strong global growth, our new 12-month GBP-USD view is now $1.52.”