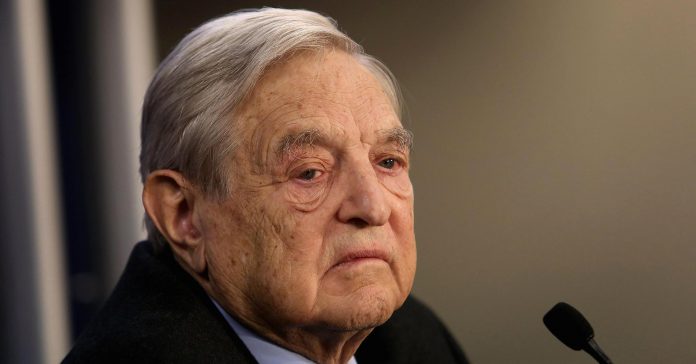 The future of a Budapest-based university founded by billionaire philanthropist George Soros depends on an agreement between the Hungarian and U.S. governments, Hungary’s prime minister said Friday.

Viktor Orban, who considers the Hungarian-born Soros an ideological rival, said that Central European University, founded in 1991, is “cheating” with its unfair advantage over Hungarian universities because its diplomas are accepted in both Hungary and the U.S.

“This is not fair to Hungarian universities,” Orban said on state radio. “There is competition among universities and it is inexplicable why we should put our own universities at a disadvantage … while securing an unfair advantage for the foreign university.”

CEU rector Michael Ignatieff has vowed to keep the university open despite a draft bill amending the law on higher education presented to parliament on Tuesday, which sets some new conditions on foreign universities operating in Hungary and is seen as directly targeting CEU.

“It makes no difference if someone is a billionaire in Hungary … this university also has to respect the laws,” Orban said. “Hungary is a country which always supports learning but does not tolerate cheating.”

Asked whether CEU would be in Hungary in six months or a year, Orban replied that “it depends on negotiations and an agreement between the American and Hungarian governments.”

Ignatieff, who is traveling Sunday to the U.S. to make CEU’s case to lawmakers and the media, has said that any such agreement would have to be with the state of New York, where CEU is also accredited.

CEU officials “remain concerned that the government does not yet fully realize the implications of the proposed legislation,” Ignatieff said Thursday in a message to CEU alumni and after meeting with Education Secretary Laszlo Palkovics. “It remains unclear why the government feels this legislation is necessary given their acknowledgement of CEU’s contributions to Hungarian academic life.”