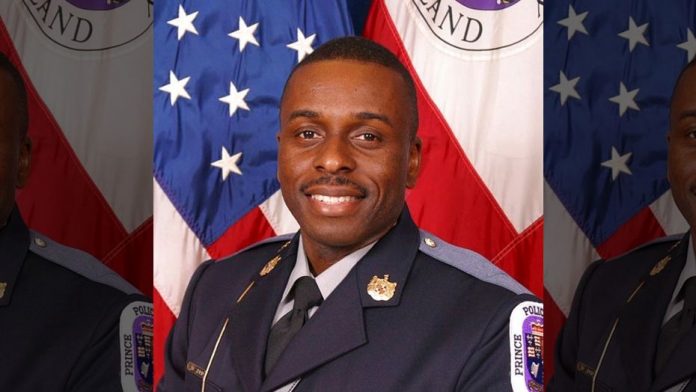 Prince George’s County police Officer Mujahid Ramzziddin answered a neighbor’s request for help in a domestic dispute and was slain by her estranged husband, authorities said.

A slain Maryland police officer was remembered at his funeral Friday for a “selfless act in a time of selfish violence.”

The hundreds of people who attended the funeral in Lanham, Md., included Ramzziddin’s family, Maryland Gov. Larry Hogan, U.S. Rep. Steny H. Hoyer, police officers from across the region, and even strangers, the Baltimore Sun reported. 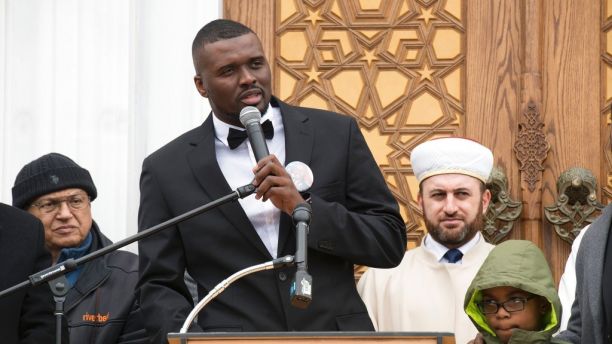 “For many years, our brother woke up along with his fellow officers knowing this might be the last day they see their families,” said Imam Ali Tos of the Diyanet Center of America, where the service was held. “If this is not the definition of self-sacrifice, I don’t know what is.”

Ramzziddin had been off duty Wednesday in his Brandywine neighborhood when a neighbor requested his presence. The neighbor was having the locks changed after a domestic dispute with her estranged husband, Glenn Tyndell, authorities said. 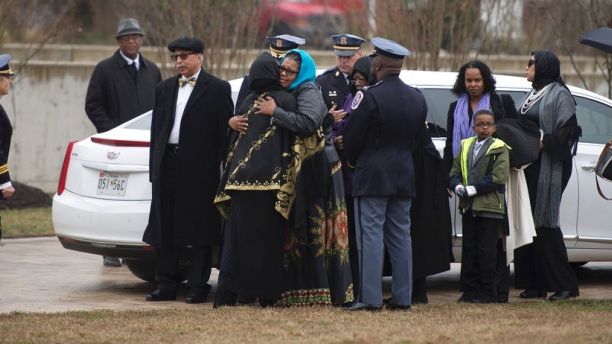 Family and friends embrace during a memorial service for Mujahid Ramzziddin.

“Without hesi­ta­tion, he went out there to help that lady,” Ramzziddin’s son, Eric Tyler, said. “Today, my dad is a hero.”

The funeral concluded with a Muslim prayer – the Salat-al-Janazah – while Ramzziddin’s coffin was loaded into a hearse and transferred to Fort Lincoln Cemetery in Maryland.