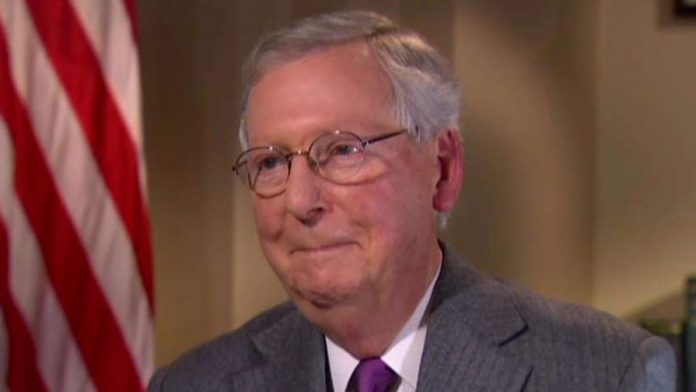 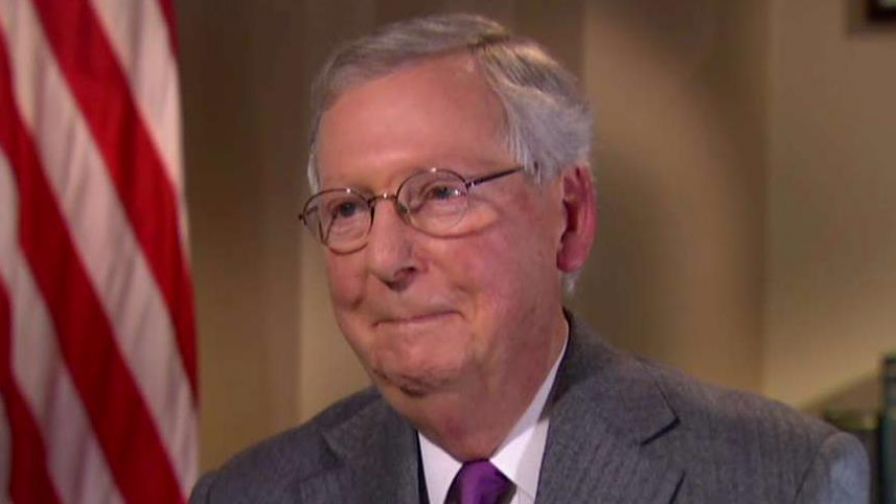 “Think of sitting there with a Rubik’s Cube, trying to get to 50,” Senate Majority Leader Mitch McConnell, R-Ky., said of the tax reform conundrum facing senators this week. “It’s a challenging exercise.”

You’ve seen the videos on YouTube. Lightning-fast whiz kids frantically solving a Rubik’s Cube in a blur of five seconds.

In the next day or two, we’ll learn if McConnell can channel puzzle master Will Shortz and solve tax reform in just 20 hours. Twenty hours is the limit on debate for the tax bill under the Senate’s special process which neuters filibusters, known as budget reconciliation.

“We do have a few members who have concerns and we’re trying to address them,” said McConnell.

In other words, McConnell’s got a line of Sen. Ron Johnson, R-Wis., and Steve Daines, R-Mont., over on one side of the cube, worried about the impact a revamped tax code would have on smaller businesses. Then McConnell’s got Sens. Marco Rubio, R-Fla., and Mike Lee, R-Utah, on another side of the cube. They’re trying to beef up refunds on the child tax credit. McConnell finds Sens. Jeff Flake, R-Ariz., James Lankford, R-Okla., and Bob Corker, R-Tenn., occupying another side, fretting about exploding the national debt if the tax breaks don’t generate enough revenue for the federal coffers. Finally, Sen. John McCain, R-Ariz., seemingly controls an entire plane of the cube himself, perhaps the key to the entire riddle.

The potential of staggering debt looms large in this debate. Republicans have long advocated slashing spending and debt. That’s why deficit hawks like Flake, Corker and Lankford want a “trigger” to restore taxes if the nation falls into an economic decline or if deficits skyrocket.

So let’s say McConnell twists and turns each panel on the cube so he gets the deficit hawks aligned. Has he simultaneously fixed one problem yet created another?

That’s the side of the cube controlled by Sen. John Kennedy, R-La.

Off Capitol Hill, the fiscally conscious Club for Growth backed the Louisiana Republican.

“The idea of a tax hike trigger should be rejected on its merits,” said Club for Growth President David McIntosh, arguing against the prospects of tax hikes down the road. “How about cutting spending?”

It’s not clear that the “trigger” can even qualify for this special tax package. McConnell knew he couldn’t overcome a Democratic filibuster of the tax bill. That would require 60 votes. McConnell only has 52 GOPers on his side. That’s why the Kentucky Republican inserted the tax bill into the unique budget reconciliation vehicle and avoided a filibuster. That maneuver may solve one side of the cube, but messes up another. The budget reconciliation process limits what types of provisions senators can include in legislation. One requirement is that bills be deficit neutral. The triggers would be a method to make up lost revenue if the debt spirals out of control. But paradoxically, budget reconciliation parameters could actually disqualify triggers because they would increase revenue – in the quest to offset debt.

All Republican senators voted to start debate on the tax bill late Wednesday afternoon. But would those worried about the deficit still vote yes if triggers are off limits and not part of the bill?

We’ll know soon as the granules of sand slip through the hourglass on tax reform, hurtling toward a final vote either late today, overnight Friday or even before the witching hour Friday night.

The meticulous legislative process seems to frustrate President Trump. He watches McConnell spinning each panel on the cube, trying every combination to get it right.

The president seemed to make inroads with Republican senators when he met them at the Capitol Tuesday afternoon.

Kennedy said he saw a difference in the approach on tax reform compared to the failed efforts over the summer to advance health care.

“He made a commitment to work with us,” said Johnson during an appearance on Fox News. “We got enough movement, enough assurances that I was able to vote yes.”

And so the sprint is on to complete tax reform.

The tax reform Rubik’s Cube in the House two weeks ago resembled checkers. The Senate’s Rubik’s Cube is a more vexing discipline. But the real stumper will come if the Senate in fact approves a tax package. The House and Senate will have to mesh the measures together into a solitary, unified product which the House and Senate can both approve before sending the package to Trump to sign into law.

What’s tougher than a Rubik’s Cube? The answer on Capitol Hill is pretty clear: A “conference report” for the tax bill.