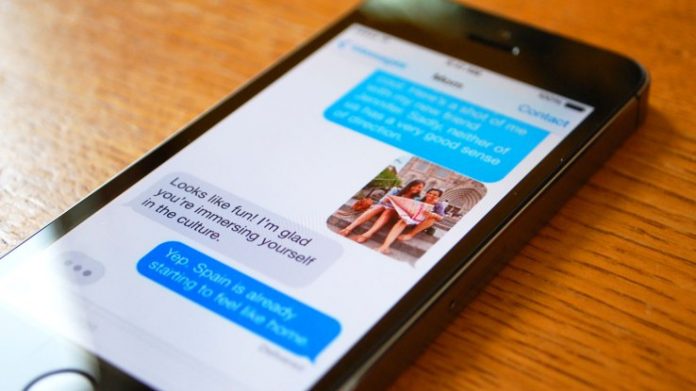 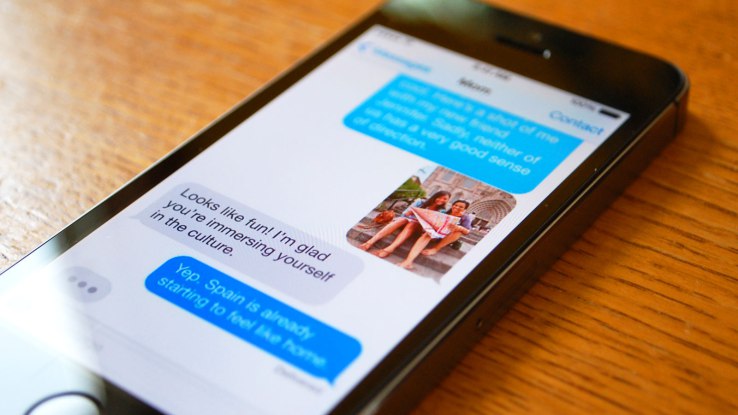 Want to remember to tell a friend happy birthday, good luck or congratulations? Had a follow-up question for a client that just occurred to you at 1 AM? Want to write a heartfelt thank you to be texted at a later date? Unfortunately, neither SMS nor most messaging apps – including iMessage – allow you to draft a text in advance and schedule it to be sent out on a later date. But a new iOS application called Scheduled can help.

To be clear, the app does not actually schedule texts for automatic sending.

For that, you’d need to hack your iPhone and use one of the jailbreak apps instead. Apple does not allow for this functionality, officially.

What Scheduled does is offer an App Store-approved workaround for scheduling texts.

The app itself is simple and straightforward to use. 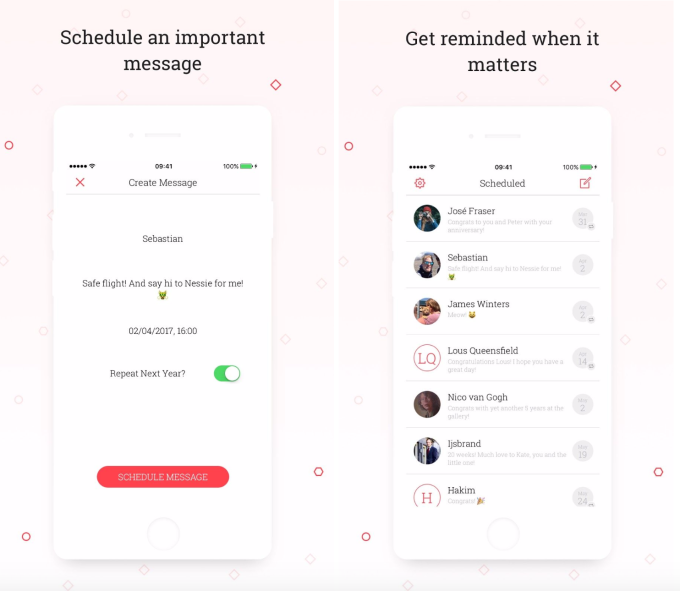 After sending, a quick swipe will delete the reminder from the app’s queue.

Scheduled isn’t only for SMS or iMessage, however – it also supports messaging apps like Telegram, WhatsApp, Messenger, Twitter, and it allows you to copy the message’s text to paste it into any other app of your choice. It can be used for reminding you of emails or phone calls, too.

Further down the road, Scheduled plans to add support for LinkedIn and Slack, and it will roll out a few tweaks to the sending flow, Apple Watch integration, and Android support at some point.

To be fair, there are other text message scheduling apps on the App Store, but Scheduled’s interface is clean and modern, compared with those I’ve seen previously.

The app itself is a product from Brthrs Agency, a digital agency just outside Amsterdam in The Netherlands, which does a combination of client work and startup investing.  The team, which consists of Sebastiaan Kooijman and Robert Keus, tells TechCrunch that Scheduled is currently a bootstrapped company project. They’re considering making it a startup of its own, if it achieves traction.

The team says the plan to make money is to charge $0.99 if you want to add four or more messages to the queue.

Of course, many users are already asking for auto-send functionality following the app’s launch a few days ago, but this is not something that Apple permits.

“We are investigating the options [for auto-send],” says Keus, “but it’s hard from a technical perspective. And our concept is to support people to be thoughtful,” he adds. “When we have auto-send then people can act like robots.”

Scheduled is currently a free download on the iTunes App Store.