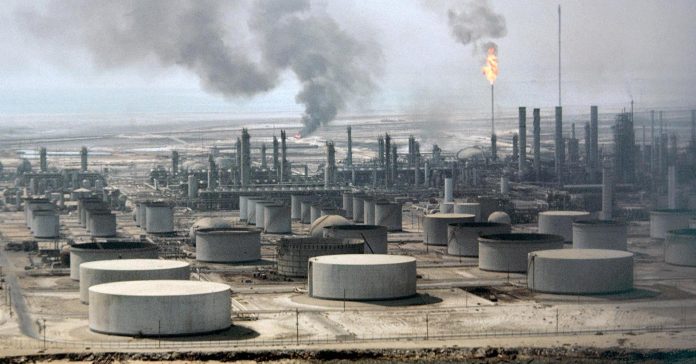 Saudi Arabia’s state-owned oil giant Saudi Aramco could first issue stock on its home market and privately place shares in the hands of big Asian investors before facing the complexity of listing on an international exchange.

That is one idea under consideration for what could be the world’s largest public offering. Starting the process in Saudi Arabia could simplify Aramco’s recapitalization, which is a centerpiece of the kingdom’s goal to diversity away from oil under Crown Prince Mohammed bin Salman’s Vision 2030 plan.

The Saudi government hopes to raise $100 billion from a sale of 5 percent of Aramco, but the valuation is still uncertain. Also uncertain is the timing of an offering, which appears to be drifting into 2019 from an earlier goal of 2018. Aramco officials continue to say the IPO process is on “track.”

“A range of options, for the public listing of Saudi Aramco, continue to be held under active review. No decision has been made and the IPO process remains on track,” said a Saudi Aramco official.

Aramco has said it is ready to go forward with the IPO but awaits the go ahead from the government. Officials have also said the local exchange Tadawul would be the anchor market.

One factor favoring the idea of first listing locally is the anticipated award in June of emerging market status for Saudi Arabia by index firm MSCI. That designation could bring a wave of foreign capital into the local market next year as global fund managers add Saudi Arabia to their holdings.

“It makes sense for them to list on the Saudi stock exchange, even if this is the first listing that we have,” said John Sfakianikis, director of economic research at the Gulf Research Center.

A local stock sale would get around stricter disclosures required by bigger foreign exchanges, like the New York Stock Exchange or London Stock Exchange. But both of them, as well as Hong Kong, would provide far more liquidity than Tadawul.

Reuters reported that there’s a 50 percent chance Saudi Aramco could list locally and skip an international IPO altogether. But a source close to the IPO said the company’s goal is to issue stock both at home and abroad.

“They are absolutely intent on doing this internationally,” the source said. The international listing is believed to be important to the crown prince, who is heir apparent of his 82-year-old father King Salman.

The 32-year-old crown prince is expected to visit the U.S. next week, and President Donald Trump has made it clear he would like to see the international listing in New York. Saudi Energy Minister Khalid Al-Falih has said it would be a risk to list in New York because of liabilities and litigation, including the climate change lawsuits against other oil companies by New York City.

According to the Financial Times, the London Stock Exchange is still in the running but not until 2019 at this point.

Peter Donisanu, Wells Fargo global market strategist, said the size of the whole Aramco listing on the local exchange could be problematic. But Aramco could also just float part of the stock there.

“You float out that much into a $450 billion market, it’s going to make up a quarter to the market cap, so movements of that company would affect that market as a whole. That’s one consideration for MSCI when they’re thinking of moving Saudi Arabia away from a non-affiliated market in the emerging market basket,” said Donisanu. “MSCI doesn’t make these considerations in isolation. It makes them in consultation with big money managers.”