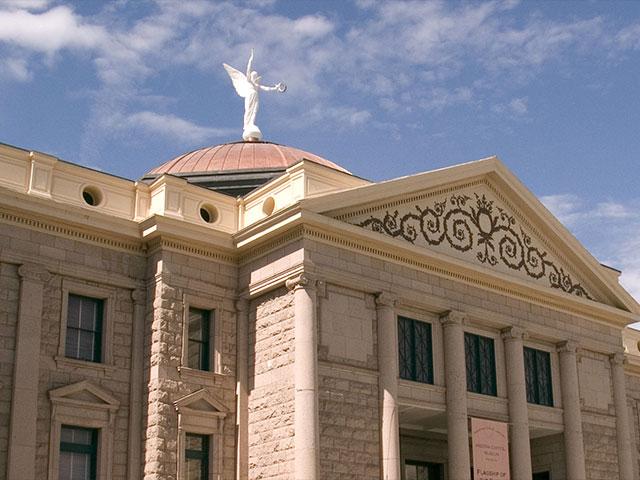 The Satanic Temple of Arizona is suing the city of Scottsdale after being prohibited from giving the invocation at one of the city council meetings in 2016.

The Satanic Temple was approved by the Scottsdale city council to give a less than three minute invocation at the beginning of one of their meetings in 2016. However, after facing public backlash the city council withdrew their offer on the grounds that The Satanist Temple is not based in Scottsdale, but Tucson instead.

However, the temple argues it is religious discrimination and filed a lawsuit against the city Friday.

“Various faith groups from the state of Arizona can do an opening prayer or invocation before they get started with city council meetings. We requested to do that, we were given a slot, and then afterwards we were told that we weren’t allowed to speak. So this is clearly religious discrimination, and for that reason, we are going to sue them, “said Stu De Haan, the group’s attorney.

“It’s a non-theistic religion that embodies enlightenment era values and to that end, we separate religion from superstition and we allow for revision our way of thinking based on the best scientific evidence rather than a blind fealty to dogma,” Lucian Greaves, co-founder of The Satanic Temple told Fox 10.

CBN News has reached out to the City of Scottsdale for further comment and has yet to hear back.

This isn’t the first time The Satanic Temple has tried to give the opening invocation at city council meetings.

In the same year, the city of Phoenix also prohibited the group from delivering the opening invocation at their city council meeting. To avoid legal action, the city replaced the prayer tradition with a moment of silence. They later reinstated the prayer but now only allow police and fire chaplains to deliver the prayer.

The Satanic Temple also fought for the right to pray at a city council meeting in Pensacola, Florida. Despite hundreds of protesters, the council agreed to let the Satanists open the meeting in prayer. The president of the council, Charles Bare, feared preventing the group from doing so would allow them to take legal action against the council.

The Satanic Temple has also been allowed to give opening prayers before at Grand Junction City, Colorado. However, a group of Christians stood outside the council meeting to pray against any dark forces.

“We didn’t feel like it was right to disrupt,” one attendee told the Sentinel (ITALICS/LINK). “That’s not what we’re here for… We wanted to lift up the Lord’s name high and cast out what’s not for Him.”

Greaves said the Satanists’ fight to pray at council meetings is about religious freedom.

“We’re neither fighting solely for our presence in the public square, nor are we fighting to have public religious forums shut down… What we’re fighting against is a situation in which one religious voice assumes a place of privilege with Government sanction,” he wrote in a statement on the group’s website.