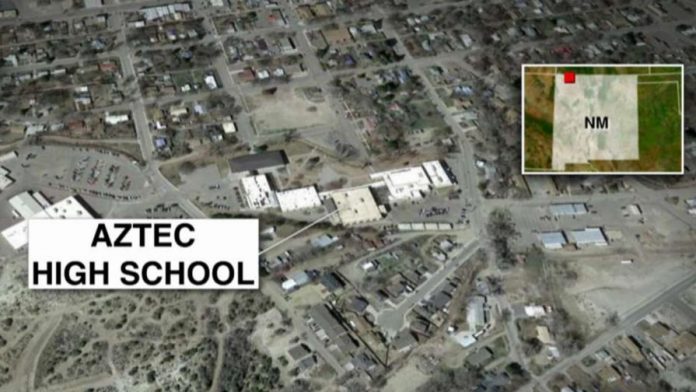 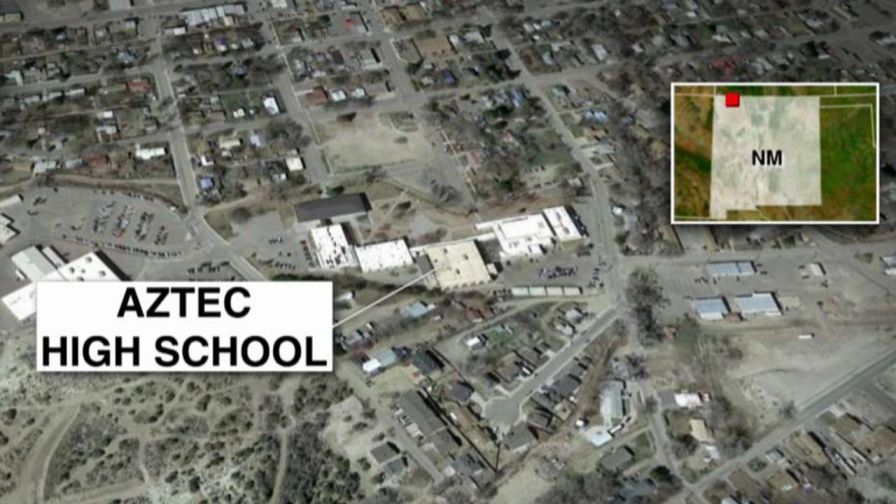 Two students were killed after a gunman opened fire at a New Mexico high school Thursday morning, police said, the latest in a string of school shootings in the U.S.

The gunman, whose identity is currently unknown, was also killed, a spokesperson for the New Mexico Police Department confirmed to Fox News.

Here’s a look at other recent school shootings throughout the country.

A man in Northern California went on a random shooting rampage in November, killing five people and wounding at least a dozen adults and children before authorities shot and killed him.

The gunman, who was later identified as Kevin Neal, 44, rammed a car into the gates of Rancho Tehama Elementary School and shot at its portable classrooms. He repeatedly tried to get into a kindergarten classroom but quick-thinking staff had locked the school down, and he eventually stormed off.

Neal reportedly targeted the elementary school as part of a long-running feud with neighbors.

A male student shot and injured a fellow student at an Illinois high school in September. The shooting unfolded in Mattoon High School’s cafeteria around 11:30 a.m., officials said at the time.

One female teacher intervened and successfully subdued and disarmed the gunman — a move Mattoon Police Chief Jeff Branson said at the time was “pivotal.”

The gunman was taken into custody shortly after the incident.

A 15-year-old student opened fire on fellow students at a Washington state high school on Sept. 13, killing one, investigators said. Caleb Sharpe, the suspected gunman, said the student who died had bullied him.

The student who died had tried to stop the suspect’s rampage when his gun jammed, according to The Associated Press. A school janitor was hailed a hero after he was able to subdue the alleged shooter.

Three other students were wounded in the attack. According to court documents, Sharpe told officials that he brought the two guns to school to “teach everyone a lesson about what happens when you bully others.”

A special needs teacher and an 8-year-old child were killed in what police said was a murder-suicide at North Park Elementary School in San Bernardino, Calif.

Police said Cedric Anderson walked into the school on April 10 and shot his estranged wife, Karen Elaine Smith. Two other students were also struck before Anderson killed himself, although law enforcement officials said they do not believe they were intended targets.

Jonathan Martinez was identified as the 8-year-old killed at the elementary school. Another 9-year-old was injured.

Two high school students were injured after a fellow student allegedly fired a shotgun inside Liberty-Salem High School in Ohio on Jan. 20.

Logan Cole, who was 16 at the time, was shot twice but survived. Another student was grazed by a bullet. Champaign County Sheriff Matthew Melvin said the gunman intended to harm more students than he did.

Ely Serna, the accused gunman, was 17 at the time of the shooting but is being tried as an adult in Champaign County court. He has pleaded not guilty by reason of insanity.

Jesse Osborne, then 14, allegedly shot and killed his father before driving to Townville Elementary School in Townville, S.C., and opening fire outside in Sept. 2016. The teenager wounded several victims, including a six-year-old boy who later died, the Independent Mail reported.

In September 2016, a high school freshman shot and wounded a fellow student at Alpine High School in west Texas. The shooter, who was only 14 years old at the time, committed suicide shortly after shooting the student.

Later reports said the shooter had planned to kill her 14-year-old stepbrother before killing herself. But her plan was ruined when a 17-year-old student encountered the armed freshman in the high school’s bathroom. The shooter opened fire in the restroom, wounding the 17-year-old in the lower part of her body.

In April 2016, Jakob Wagner, 18, reportedly fired a rifle outside of Antigo High School in Wisconsin. Two students were injured in the shooting. Wagner, who was shot by police located near the school, later died of his injures.

Prior to the shooting, Wagner reportedly was bullied.

A shooting unfolded in the lunchroom at Madison Junior/Senior High School in Butler County, Ohio, in Feb. 2016. Two students were shot and two were apparently hurt by shrapnel, police said at the time.

James Austin Hancock was 15 years old when he was sentenced to be incarcerated until the age of 21 in June 2016, WLWT reported. Earlier that year, he had pleaded guilty to one count of inducing panic and four counts of attempted murder, the report said.

Two 15-year-old girls girls died in a February 2016 murder-suicide at Independence High School in Glendale, Ariz. Dorothy Dutiel allegedly killed her girlfriend, May Kieu, before turning the gun on herself, the New York Daily News reported.

Jared Padgett, 15, took an assault rifle, a handgun and nine ammunition magazines in June 2014 to Reynolds High School in Reynolds, Ore., where he killed 14-year-old freshman Emilio Hoffman and injured a teacher. Padgett exchanged gunfire with police before going into a restroom where he committed suicide.

Mason Campbell was 12 years old when he reportedly opened fire in the Berrendo Middle School gym in Roswell, N.M., in January 2014, the AP reported. Two students were hurt. Later that year, Campbell was ordered to be held in state custody until age 21, the report said.

Gunman Karl Pierson, 18, shot 17-year-old Claire Davis, who just happened to be sitting nearby with a friend as Pierson, armed with a shotgun, ammunition strapped to his body, Molotov cocktails and a machete, entered Arapahoe High School in Centennial, Colo., in Dec. 2013 and headed toward the library.

Pierson likely intended to track down a librarian who had disciplined him. He set off one of the incendiary devices and fired five shots before killing himself just one minute and 20 seconds after entering the building. Davis died several days after being shot.

In Oct. 2013, 12-year-old student Jose Reyes shot and killed a teacher and wounded two students at Sparks Middle School in Sparks, Nevada, before killing himself.

A 16-year-old student armed with a shotgun reportedly walked into class in Taft Union High School in Taft, Calif., in Jan. 2013 and shot one student, fired at another and missed, and then was talked into surrendering by a teacher and another staff member, officials said.

Bryan Oliver took a plea deal in January 2015 and “pleaded no contest to two counts of attempted murder without premeditation,” Bakersfield Now reported at the time.

In Dec. 2012, 20-year-old Adam Lanza killed 20 children and six adults at Sandy Hook Elementary School in Newtown, Conn., before killing himself. Prior to the school shooting, Lanza shot and killed his mother, Nancy.

Fox News’ Lucia I. Suarez Sang, Samuel Chamberlain and The Associated Press contributed to this report.