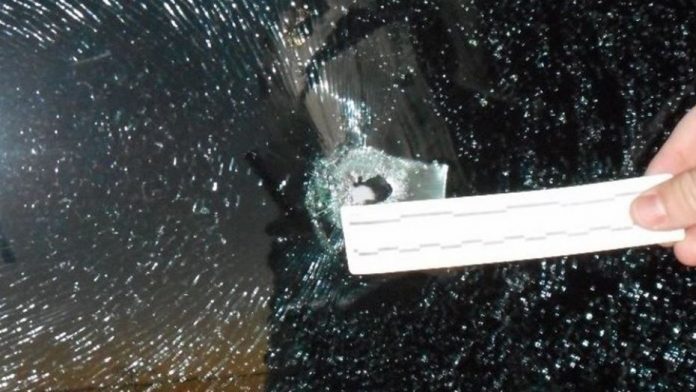 There have been six separate reports of vehicles struck by gunfire since the end of November, according to police.

A series of random shootings targeting vehicles in central California has drivers on edge and authorities scrambling to catch the perpetrator before someone gets seriously hurt.

Since Nov. 27, there have been six separate reports of vehicles being struck by gunfire, with four incidents taking place in Fresno County and two in neighboring Madera County, according to the Fresno County Sheriff’s Office.

All of the shootings have taken place in the same general area, and around the same time of day – early morning or late afternoon, police said.

“You’re going about your business, driving to and from work and next thing you know you’re under siege, bullets are flying through your window,” Fresno County Sheriff’s Office spokesman Tony Botti told FOX 26 Fresno. 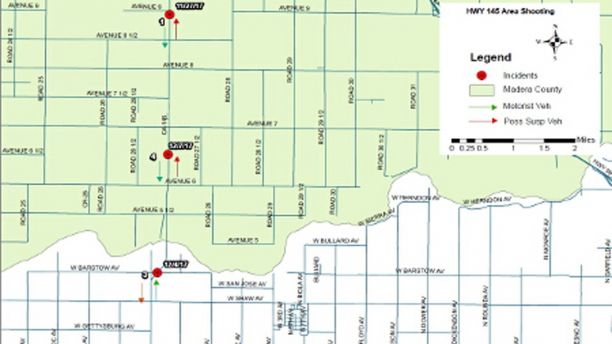 A map showing the location of the shootings in California since the end of November.

So far, there has only been one reported injury when a woman was hit by gunfire on Dec. 1. Sheriff’s officials say the woman, who suffered non-life threatening injuries, is going to be OK but was shaken up by the shooting.

Authorities do not have a clear description of a possible suspect or a vehicle, but have said the victims told officers they heard loud bangs as another vehicle passed them, going the opposite direction on the roadway.

“You’re going about your business, driving to and from work and next thing you know you’re under siege, bullets are flying through your window.”

“With the exception of the woman who was hurt, they all later checked their vehicles and found bullet holes,” the sheriff’s office said.

Botti told FOX 26 detectives have recovered different caliber bullets from each vehicle that’s been shot at. Detectives say the shootings appear to be random and likely not targeted.

INDIANA OFFICER SHOT IN THE HEAD DURING PURSUIT EXPECTED TO LIVE, POLICE SAY

“We knew this could go one of two ways. Either we put this message out there and it makes the person back off and not want to do it anymore, or maybe [it] makes them want to up their game and instill fear in even more people,” Botti said. “Unfortunately, it looks like that’s the route they might be taking.”

Authorities plan to increase patrols in the area until an arrest is made, and are asking drivers to look for any drivers who may seem to be swerving or driving with an arm out the window.

Anyone with additional information on the shootings is asked to contact Crime Stoppers at (559) 498-7867, and may be eligible for a cash reward of $2,000.

“The longer we let this go on, the higher the likelihood someone gets hurt or killed and of course that’s the last thing we want,” Botti said.