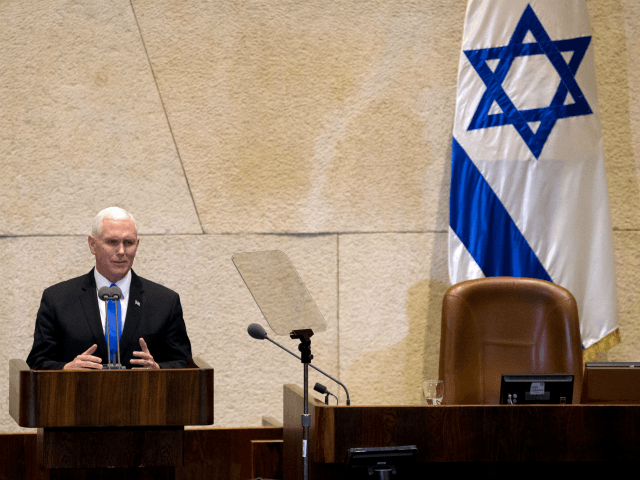 The Times of Israel reports: US Vice President Mike Pence has been confirmed as the keynote speaker for the American Israel Public Affairs Committee annual policy conference.

Pence’s participation was confirmed on Monday. Last week, AIPAC announced that Prime Minister Benjamin Netanyahu would speak in person — as opposed to satellite link, as in some previous years — at the March 4 – 6 policy conference in Washington. Also scheduled to speak is Nikki Haley, the US Ambassador to the United Nations.

Pence is the highest ranking Trump administration official to address the conference, which he also addressed last year. Pence visited Israel in January as part of a five-day visit to the region that included stops in Egypt and Jordan. He spoke at the Knesset and visited the Western Wall.