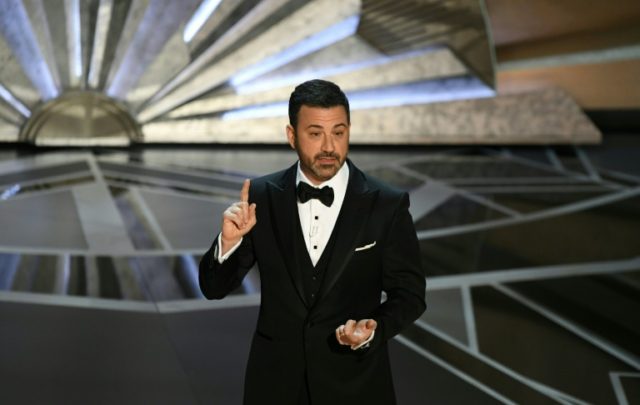 The Oscars crew criticized President Donald Trump and his administration, but only six times. That was a change from last year’s Oscars, where Hollywood ripped the Trump administration 15 times.

Here is the anti-Trump roundup from the 2018 Oscars:

Host Jimmy Kimmel brought up five anti-Trump jokes as part of his shtick:

“The stunning Lupita Nyong’o. She was born in Mexico and raised in Kenya. Let the tweetstorm from the president’s toilet begin.”

“We don’t make films like ‘Call me by your name’ for money. We make them to upset Mike Pence.”

“None other than President Trump called Get Out the best first three-quarters of a movie he’s seen this year.”

“If the last two years have taught us anything, it’s that reality can be depressing, but tonight’s nominated documentaries show us where there is darkness, there is also hope, except at the White House. Hope Hicks quit on Wednesday.”

“These days we dance between love and hate don’t know the date so we stay awake a knee we take for our soul’s sake new victory off our old faith a president that trolls with hate he don’t control our fate because God is great when they go low we stay in the heights.”