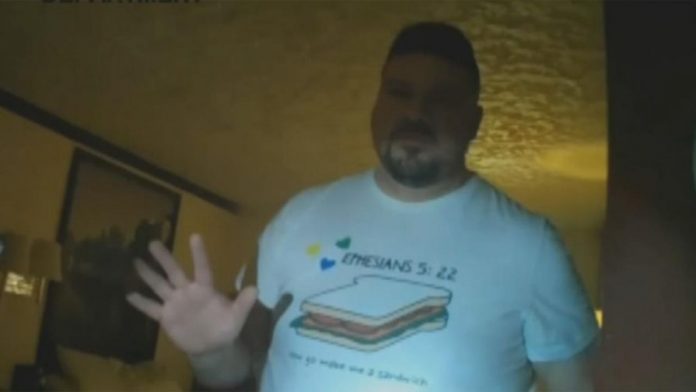 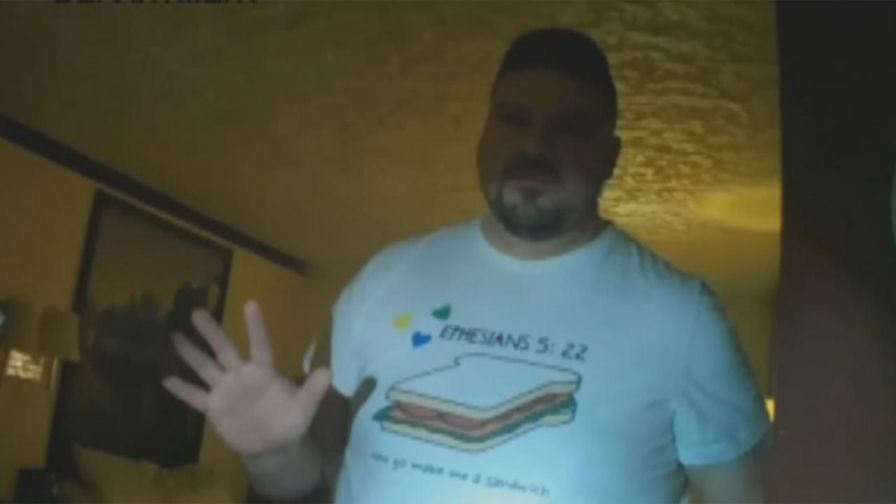 A police department in Oklahoma released body camera footage Monday of former State Senator Ralph Shortey caught in a hotel room with an underage boy, making the video public days after he pleaded guilty to child prostitution and pornography charges.

The Moore Police Department released the footage of the encounter that occurred early on March 9 at a Super 8 Motel in Moore, Okla., Fox 59 reported.

The footage showed police knocking on the door of a room occupied by Shortey — a Republican — and the underage male. Police said they went to the room after receiving a welfare check call placed by the teen boy’s father.

“So, what are they saying?” one of the officers asked the other.

“Well, drug-related, maybe,” an officer replied. “Maybe was coming here to buy some weed. Either here for narcotics, or prostitution for narcotics.”

“Like the kid’s prostituting himself out?” the other officer asked.

The officers said they smelled marijuana and later discovered a small amount of it in the room along with condoms and lotion found in a backpack that belonged to Shortey, Fox 25 News reported.

“Hey, it’s Moore Police Department, man. We just need to check on your welfare, make sure you’re OK. We’re not going away,” the officers were heard saying.

Later the officers were heard talking to someone inside and telling the person to hurry up and get dressed.

The video cuts when the teenager appeared and then picks back up to the officers speaking to Shortey, who was hiding behind the door.

“Come out,” an officer ordered Shortey. “Now, you’re getting me worried, show me your hands.”

Shortey appeared and was wearing a shirt with a reference to the Bible verse from Ephesians 5:22, which called for women to “submit to their husbands,” Fox 25 News reported.

The officers told Shortey he was with a 17-year-old male but the former state senator replied, “Can you show me that he’s only 17?”

“I can’t,” an officer replied. “But I can convince you that he is. I can put you in handcuffs and throw you in the back of the car.”

The officers asked what Shortey was doing in the room with the teenager and he said they were having a conversation.

The former state senator was eventually arrested. Police accused Shortey of hiring the 17-year-old for sex. 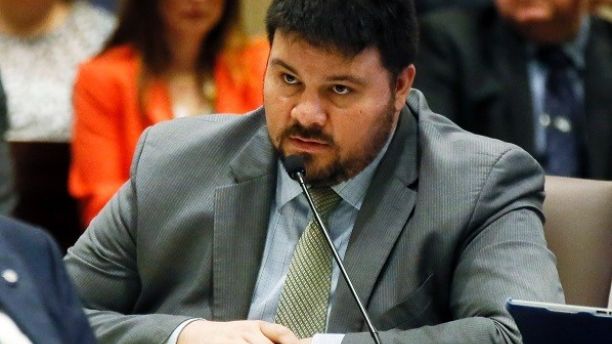 A police report indicated a search of the teen’s tablet computer uncovered a series of sexually explicit exchanges in which Shortey referred to him as “baby boy” and offered him cash in exchange for “sexual stuff.”

The FBI became involved in the case following Shortey’s arrest and searched his Oklahoma City home.

The married father of four resigned in March after he was arrested on state charges of engaging in child prostitution and transporting a minor for prostitution.

Last Thursday, Shortey pleaded guilty to the charges in exchange for federal prosecutors dropping three child pornography charges against him. He faces between 10 years and life in prison and a fine of up to $250,000 for child sex trafficking. The judge did not set a sentencing date.