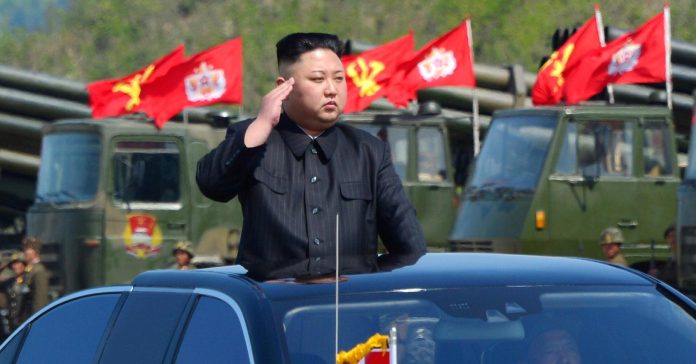 “Moscow is fast emerging as a powerful backer of Pyongyang at a time when even China seems to be having second thoughts, and has been at the forefront of blocking discussion of further sanctions in the UN Security Council,” said Chosun Ilbo.

Kazianis said North Korean leadership historically has viewed the Russians with fondness because the old Soviet Union helped prop up the regime for decades and scientists from the fallen Soviet empire helped bring critical rocket technology to Pyongyang.

“A lot of the old officials have either passed away or moved on,” said Kazianis. “But the linkages are still there. The North Korean missile program wouldn’t exist today and be as powerful as it was if it wasn’t for Russian scientists at the end of the Cold War, looking for jobs basically, and going to North Korea and building up that missile program.”

President Donald Trump has previously emphasized how Beijing has been trying to help pressure North Korea to give up its nuclear weapons program but little has been said about the role of Moscow.

“We call on all states, including Russia, to use every available channel and means of influence to make clear to the DPRK and its enablers that its weapons of mass destruction programs are unacceptable,” said a U.S. State Department spokesperson in an email statement to CNBC. DPRK is a reference to North Korea’s formal name, the Democratic People’s Republic of Korea.

Added the State Department official, “It is in everyone’s interests for the United States and Russia to cooperate on problems like North Korea.”

Both China and Russia are longtime trading partners of North Korea, but China still is considered the single largest foreign direct investor, accounting for more than $6 billion in trade last year, or about 90 percent of Pyongyang’s international commerce.

China supplies fuel to North Korea, although gasoline exports were down in June from a year ago but up from the prior month, according to Chinese government data.

Reuters reported late last month that state-owned China National Petroleum suspended exports to the regime. It also reported that the move by the Chinese led to a surge of up to 50 percent in gasoline prices in North Korea.

United Nations sanctions against North Korea do not apply to fuel sold for non-military purposes, such as the state airline Air Koryo or other civilian planes. International sanctions also apply to rocket fuel but the North Koreans are believed to be capable of making their own rocket fuel, according to Nautilus Institute for Security and Sustainability, a Berkeley, California-based think tank.

Meantime, North Korea on Tuesday blasted comments made by Central Intelligence Agency Director Mike Pompeo over the weekend at the Aspen Security Forum that the people living under the 33-year-old leader “would love to see” regime change.

“Although his reckless remarks are just balderdash of a guy who has become so angrily desperate due to the ever-increasing nuclear strike capability of the DPRK, they have gone over the line,” said a spokesman for the North Korean Ministry of Foreign Affairs, as quoted by the state-run Korean Central News Agency.

KCNA quoted the regime’s ministry official as a stating: “It has now become clear that the ultimate aim of the Trump administration’s hostile policy towards the DPRK is the ‘regime change’ in the DPRK. Should the U.S. dare to show even the slightest sign of attempt to remove our supreme leadership, we will strike a merciless blow at the heart of the U.S. with our powerful nuclear hammer, honed and hardened over time.”

The latest round of harsh comments from North Korea come amid reports the regime is about to set off another ballistic missile test, perhaps timed to the country’s Victory Day anniversary on July 27.

“Our military is closely monitoring (North Korea’s move) through the integrated operation of South Korea-U.S. combined surveillance assets against the possibility of North Korea’s provocations,” a spokesman for the South’s Joint Chiefs of Staff was quoted as saying, according to Yonhap.

On July 4, North Korea fired its first intercontinental ballistic missile, increasing tensions on the Korean Peninsula and raising the alarm of U.S. officials. The North already is believed to have ballistic missiles capable of reaching all of South Korea, Japan, Guam as well as Alaska.

The ICBM test-firing this month raised concerns Pyongyang also has range to reach Hawaii as well as the mainland U.S. However, it’s still not entirely clear if North Korea is capable today of having an ICBM with a nuclear warhead survive extreme heat as it reenters Earth’s atmosphere.

Nonetheless, U.S. military officials have indicated they are operating under the assumption the North has the capability of the ICBM to reach the U.S. mainland.

The U.S. Missile Defense Agency confirmed this week it plans to conduct a new experimental test of the THAAD (Terminal High Altitude Area Defense) anti-missile defense system. The test is expected to be conducted from the Pacific Spaceport Complex in Alaska.

That said, the U.S. Coast Guard issued a notice to mariners of the imminent launch, suggesting it would likely take place Saturday evening but added that alternative launch times were Sunday and Monday.