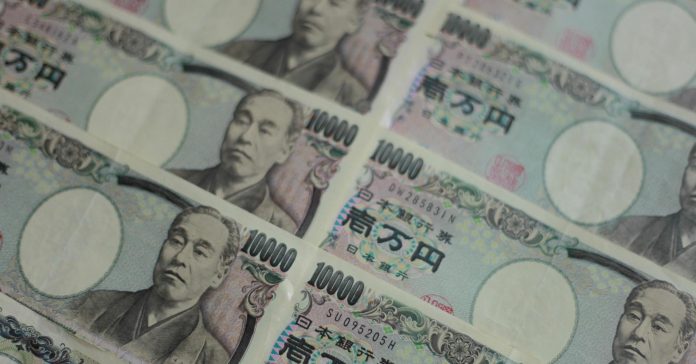 “For those Japanese investors who are invested overseas, having their assets in non-yen is a risk because they are exposed to foreign-exchange volatility,” he said earlier this month. “So when these geopolitical risks, or any risks, get heightened, they want to reduce risk and that means unwinding overseas investments.”

The size of Japan’s overseas investments has been fairly large: At the end of 2016, Japan had around 159.195 trillion yen ($1.448 trillion) in overseas direct investment and 452.917 trillion yen in portfolio investment, according to data from Japan’s Ministry of Finance.

But South Korea’s won doesn’t have the same support. Okubo noted that South Korea is a net creditor with its financial institutions dependent on foreign credit.

Still, pulling funds back into yen amid a heightened possibility that Japan could be a military target may not be the most logical move.

“People with trigger fingers do a knee-jerk response. Never underestimate that factor,” Michael Every, head of financial markets research at Rabobank, said earlier this month.

But he added, “It’s a traditional response, but personally I don’t see it as in any way rational.”

Indeed, he noted that the U.S. dollar was another likely safe-haven play on the North Korea tensions.

But with both Japan and the U.S. likely drawn into any potential conflict, he pointed to the euro and the Swiss franc as better safe-haven choices.

Others said that while the yen was seeing inflows as markets turned risk-off, that wasn’t necessarily a safe-haven play.

“It’s not a safe haven whatsoever,” said Jesper Koll, CEO of Wisdom Tree Japan earlier this month. “It’s really sort of the reverse of the carry trade,” with global macro speculators paying back their short term borrowings as they cut their risk positions, he said.

Koll noted that since the collapse of Lehman Brothers during the global financial crisis, other regions’ banks have made it difficult to borrow for short-term speculation, while Japanese banks have kept open the taps.

But Koll noted that after speaking with sovereign wealth funds, pension funds and insurers, he was more concerned that the latest flare-up of tensions with North Korea presented a more difficult risk situation than investors were accustomed to.

“The key thing that has changed is that there is a regime change in the U.S., where the U.S. is happy to be confrontational and threatening, rather than conciliatory and trying to find a multi-lateral solution,” Koll said. “No one can tell you how this can end or what a possible solution is.”

So while funds were flowing back into the yen, Koll said investors were holding back from investing in Japanese assets, such as equities, because Japan was at risk from a potential escalation of tensions on the Korean peninsula.

Not everyone was on board, however, with pinning the yen’s climb on the tensions over North Korea.

Ed Rogers, CEO of Rogers Investment Advisors, noted earlier this month that the yen’s move wasn’t huge and he expected other news, such as fresh developments in the U.S. Department of Justice’s investigation of the Trump campaign’s Russia ties may be more relevant to any safe-haven move toward the yen.

The dollar has certainly lost ground recently as the market appeared to be pricing out expectations that the U.S. Federal Reserve would hike interest rates anytime soon.

The dollar index, which measures the greenback against a basket of currencies, traded as low as 92.224 in early Asia trade on Tuesday, falling from levels over 94 earlier this month.

But others were more certain that the flows in the yen were driven by concerns over North Korea.

Shusuke Yamada, chief Japan foreign-exchange strategist at Bank of America-Merrill Lynch, noted earlier this month that while the yen’s move against the dollar wasn’t particularly sharp, the yen had risen notably against other currencies perceived as risky, including the euro, the Australian dollar and South Korea’s won.

—Nyshka Chandran contributed to this article.