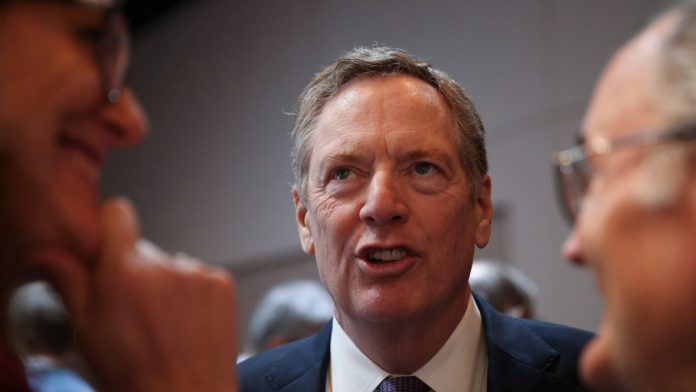 Today could offer some clues on the state of the NAFTA negotiations.

The political ministers leading the talks for Canada, Mexico and the U.S. are in Montreal for a rare group event.

Numerous participants in the now-concluded week-long round in Montreal are sounding cautiously optimistic.

They say this round was less negative, and more constructive, than recent ones, with the first true dialogue on serious sticking points — in particular autos, dispute resolution, and a five-year review clause.

But it’s now up to the politicians. With just eight weeks left in the current schedule of talks, and President Donald Trump frequently threatening to blow up the deal, eyes today will be on U.S. trade czar Robert Lighthizer.

“An American lawmaker who spoke with Lighthizer, Dave Reichert, said Lightizer sounded hopeful. But Reichert warned not to expect too much enthusiasm: He said Lighthizer is a self-admitted curmudgeon.

She also warned that an updated NAFTA can’t be achieved with a “winner-takes-all mindset,” or one that tries to undermine, rather than modernize, the agreement.