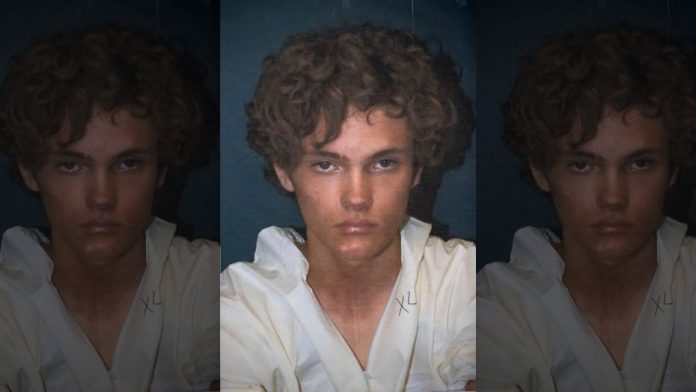 Corey Johnson was arrested and charged with first-degree murder and attempted murder.

A Florida teenager — who had previously been investigated for “alleged violent tendencies” — watched jihadist videos and read the Koran “to give him courage” before stabbing a 13-year-old boy to death and seriously injuring two others at a birthday sleepover Monday, cops said.

“Corey Johnson is out there with a knife. He’s a murderer. That’s all I know.”

Johnson reportedly told police he woke up at 4 a.m. Monday at Kyle Bancroft’s home and had an urge to kill Kyle’s mother, Elaine Simon; Kyle’s brother, 13-year-old Dane Bancroft; and Dane’s friend, 13-year-old Jovanni Sierra. The three victims were each asleep at the time, the Post reported.

“In his statement, Johnson advised he stabbed the victims because of his Muslim faith,” the affidavit stated.

Johnson and Kyle Bancroft allegedly watched violent jihadist videos the night before the 17-year-old carried out the deadly stabbing. Using a knife he brought to the home, Johnson stabbed Sierra multiple times before slitting his throat.

Simon, apparently hearing Sierra moaning in pain, began walking upstairs around 6 a.m. when Johnson allegedly lunged at her. Police say he stabbed her at least a dozen times before she fell down the stairs. Dane was stabbed 32 times while attempting to help his mother, according to the Palm Beach Post.

“He’s a hero,” the boy’s father said during a phone interview with the Post. “He saved his mom.”

Sierra was pronounced dead at the scene. Simon and Dane were taken to the hospital, where Simon remains in good condition as of Tuesday.

Kyle Bancroft and Johnson were not harmed in the incident.

Police were alerted after Simon ran to a neighbor begging to call 911.

“She rang my bell she’s bleeding,” the neighbor said later. “Corey Johnson is out there with a knife. He’s a murderer. That’s all I know. They’re trying to help the kid the kids filled with blood.”

Johnson was taken into custody about 8 a.m. after briefly barricading himself in a room.

He later told authorities he was upset Sierra, who turned 13 on Monday, called celebrities “gods” because it went against his Muslim faith. Johnson also said Dane made fun of his Islamic faith.

The teen told police he read the Koran before going to the sleepover “to give him courage to carry out his intentions,” according to an affidavit.