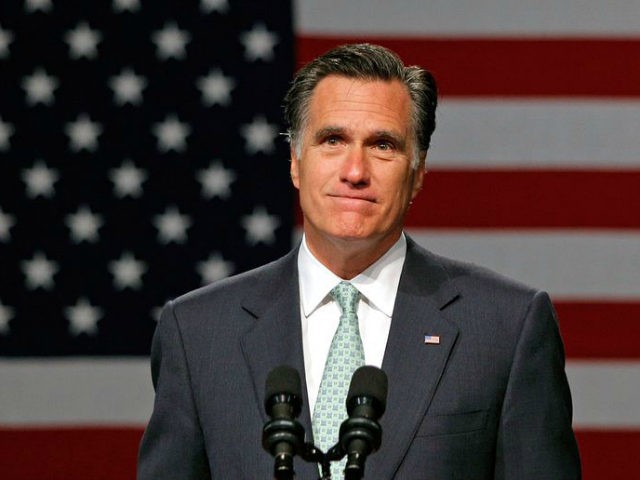 Former Massachusetts governor and 2012 Republican presidential candidate Mitt Romney will announce his intentions to run for the U.S. Senate seat in Utah on social media on Thursday.

Romney teased in a tweet on February 1 that he will announce his campaign to run for the U.S. Senate seat in Utah Senate on February 15.

The Atlantic reported last week that the National Republican Senatorial Committee (NRSC) would like to make Romney the next chairman of the organization should Romney replace the outgoing Sen. Orrin Hatch (R-UT).

NRSC chairman Sen. Cory Gardner (R-CO) revealed to a donor that he and the Senate GOP leadership “liked Romney” as a potential candidate for the NRSC chairmanship.

The Republican donor said, “It made perfect sense to me. He’s got the stature and a virtually unmatched fundraising base to draw upon. And he’s running because he wants a national platform to help the party anyway.”

Romney and President Donald Trump have had a rivalry during the last couple of years, and reports from Politico last December suggested that President Trump wanted to block Romney from running for the Senate.

President Trump rejected having Romney serve as his secretary of state, choosing Rex Tillerson, instead.

Jeb Bush, another former governor and failed presidential candidate, backed Mitt Romney in a potential bid for the U.S. Senate in 2018.

Bush tweeted on January 15, “Mitt would make a phenomenal addition to the U.S. Senate. I hope he runs.”

McMullin tweeted, “Thank you for your service to our state and country, Senator Hatch. In this seat, we must have a leader prepared to meet the challenges of our day and our future. I hope that leader will be @MittRomney.”