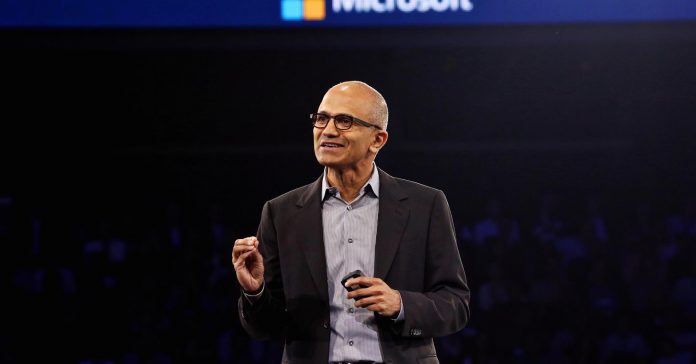 Microsoft stock fell by more than 2 percent immediately after the company reported better-than-expected earnings for the second quarter of its 2018 fiscal year — which ended on December 31 — after the bell on Wednesday. After the company’s conference call with analysts, the stock was trading about 0.3 percent above the $95.01 closing price.

There was a $13.8 billion one-time accounting charge for Microsoft in the quarter as a result of recent changes to the U.S. tax code.

But overall, Microsoft’s revenue was up 12 percent year over year, according to Wednesday’s earnings statement. Microsoft’s biggest business segment, More Personal Computing, which includes Windows, devices, gaming and search advertising, grew 2 percent, with $12.17 billion in revenue. That’s above the FactSet consensus estimate of $12.02 billion in revenue for More Personal Computing.

Gaming revenue for the quarter was up 8 percent, thanks to the new availability of Microsoft’s Xbox One X gaming console.

The Productivity and Business Processes segment, including Office, Dynamics and LinkedIn, increased by 25 percent with revenue of $8.95 billion, above the $8.86 billion FactSet estimate. And the Intelligent Cloud business, which contains Azure, Windows Server and SQL Server, produced $7.80 billion in revenue, giving it a 15 percent growth rate. That’s above FactSet’s $7.51 billion estimate for the segment.