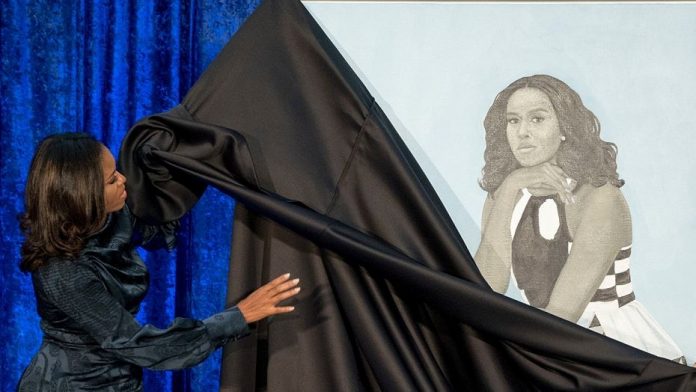 Even though Barack Obama praised Baltimore-based artist Amy Sherald “for so spectacularly capturing the grace and beauty and intelligence and charm and hotness of the woman I love,” many critics on social media slammed the rendition of the former first lady.

Their main question: Is that really her?

“Michelle Obama is an elegant lady and the portrait looks nice. But clearly, the artist drew someone else,” Dr. Eugene Gu, a health care columnist for The Hill, tweeted.

For the portrait, the former first lady was painted in “grayscale” – a charcoal color with taupe undertones. She’s seated, with her hair falling around her shoulders, in a bold floor-length dress.

While most agreed the image was striking, Twitter went to war over whether it looked anything like Michelle Obama. The verdict varied widely, from positive responses to confused reactions to concern that the portrait did not live up to the subject.

“Ugh…does not do a powerful, beautiful woman justice,” one user wrote.

If the first lady was disappointed in the portrait, she was far too gracious to let on.

After her portrait was unveiled, the former first lady said she “was a little overwhelmed, to say the least.”

She added, “I’m also thinking about all the young people, particularly girls and girls of color, who in years ahead will come to this place and they will look up, and they will see an image of someone who looks like them hanging on the wall.”

“I paint American people, and I tell American stories through the paintings I create,” Sherald said. “Once my paintings are complete, the model no longer lives in the painting as themselves. I see something bigger, more symbolic, an archetype.” 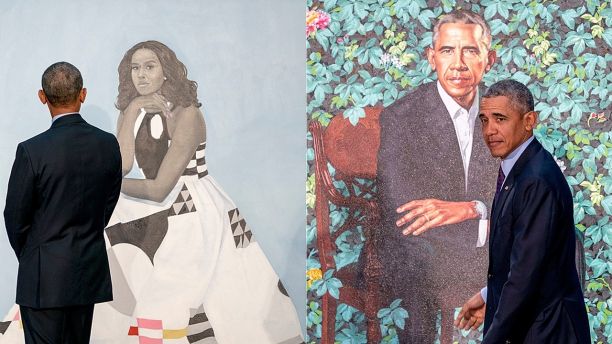 Michelle Obama described Sherald “as a woman of extraordinary talent. It’s thrilling to see her get the recognition she deserves.”

Barack Obama’s portrait was painted by Kehinde Wiley. It features a seven-foot portrait sitting in a field of flowers, including chrysanthemums, the official flower of Chicago; jasmine, a nod to Obama’s childhood in Hawaii; and African blue lilies to symbolize Obama’s late father who was from Kenya.

Both paintings were unveiled at the gallery, which is part of the Smithsonian group of museums. The gallery has a complete collection of presidential portraits.