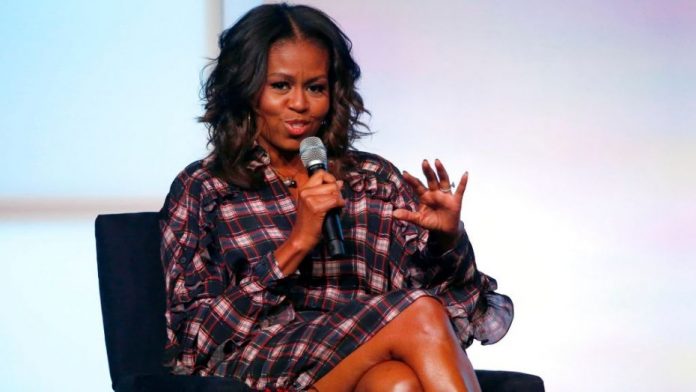 The memoir, titled “Becoming,” will be released in print and digital formats in the U.S. and Canada, and Obama will record an audio edition. The book will simultaneously be published in two dozen languages worldwide.

Upon release of her memoir, Obama will embark on an international book tour. The book will sell for $32.50 in the U.S.

The book’s publisher said with her book, Obama “invites readers into her world, chronicling the experiences that have shaped her — from her childhood on the South Side of Chicago to her years as an executive balancing the demands of motherhood and work, to her time spent at the world’s most famous address.”

Penguin Random House described the book as an “unusually intimate reckoning from a woman of soul and substance who has steadily defied expectations — and whose story inspires us to do the same.”