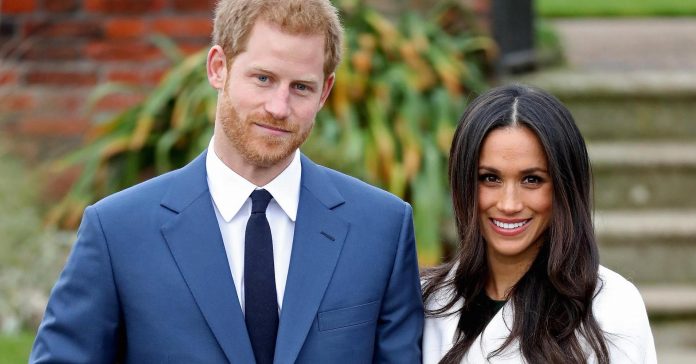 Markle’s former side hustle could come in handy for her upcoming nuptials. In fact, in 2013 the actress told Esquire that she used her calligraphy skills to write singer Robin Thicke and actress Paula Patton’s wedding invites. She also used her skills to freelance for luxury brands.

“I used to do it for Dolce & Gabbana’s celebrity correspondence over the holidays,” she said. “I would sit there with a little white tube sock on my hand so no hand oils got on the card, trying to pay my bills while auditioning. I’m glad that in the land of no one seeming to appreciate a handwritten note anymore that I can try to keep that alive.”

As a soon-to-be resident of Kensington Palace, Markle no longer has to worry about using her calligraphy skills to make ends meet.

In an interview with BBC, Prince Harry said he proposed to the 36-year-old earlier this month while the couple was roasting chicken.

“It was just an amazing surprise. It was so sweet, and natural and very romantic. He got on one knee,” Markle said.

The two met for the first time in London in July 2016 through a mutual friend. They were spotted for the first time together last September at the Invictus Games with Markle’s mother, reports Time. In a Vanity Fair cover story this October, Markle confirmed her relationship with Prince Harry saying, “We’re in love.”

“I’m sure there will be a time when we will have to come forward and present ourselves and have stories to tell, but I hope what people will understand is that this is our time. This is for us.”

Don’t miss: Apply to be Kate Middleton’s new secretary or one of these 6 cool, unusual jobs