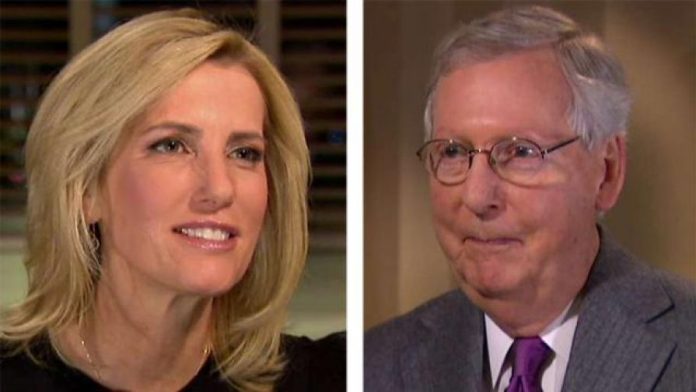 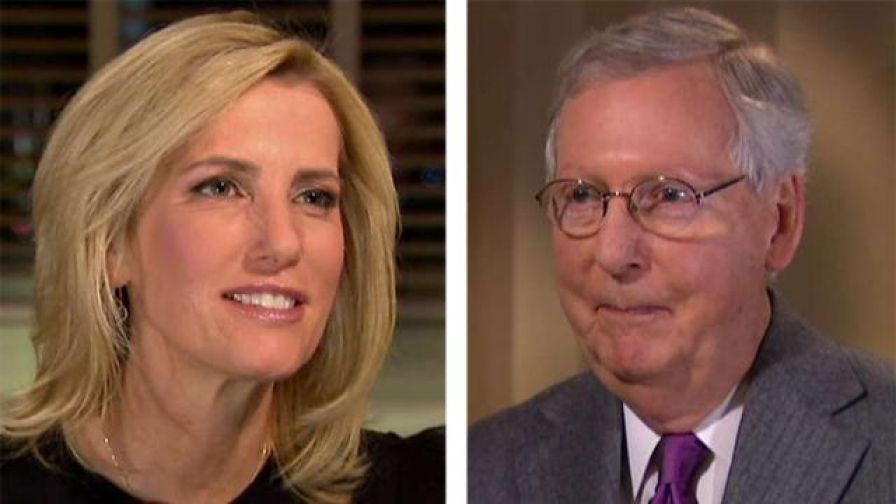 McConnell, who backed incumbent Sen. Luther Strange against Moore in September’s Republican primary runoff, told “The Ingraham Angle” that the Senate would “deal with the aftermath of the decision the people of Alabama make on Dec. 12.” He declined to indicate whether the Senate would vote to expel Moore, saying only “it’ll be up to the [Senate Ethics] committee.”

Moore has been accused of sexually assaulting a 14-year-old girl and a 16-year-old girl in two separate incidents that occurred when he was in his early 30s. Other women have accused Moore of asking them out on dates while they were teenagers during the same period.

Earlier this month, McConnell said Moore should step away from the race, telling reporters, “I believe the women.”

Those remarks were echoed by Sen. Marco Rubio, R-Fla., who told host Laura Ingraham, “I find the accusations against [Moore] to be credible and I don’t think anything he has said or done in the last couple of weeks has helped him in that regard.

“That said,” Rubio added, “this information is before the voters of Alabama and if they elect him and then you as a Senate have ethics hearings to remove him from office or something like that, that gets more complicated.”

McConnell spoke to Fox News hours after the Senate voted along party lines to start debate on a Republican tax reform plan.

“I’m optimistic we’re going to deliver comprehensive tax reform to the American people for the first time in 31 years,” said McConnell, who vowed that the package would not add to the deficit.

“You know, the dials may twist a little bit as we go along,” the majority leader said, “but the core is middle-class tax relief and making our businesses more competitive against other businesses around the world and to keep our jobs here in this country.”