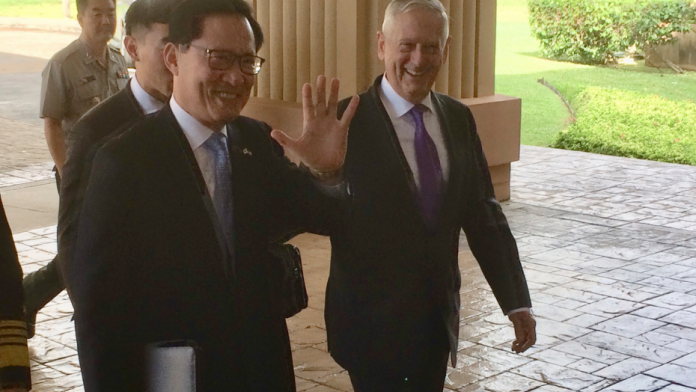 HONOLULU –  U.S. Defense Secretary Jim Mattis said Friday that Olympics talks between North and South Korea should not distract from the internationally agreed goal of denuclearizing the North.

Mattis welcomed the North-South talks but said a campaign of diplomatic pressure will continue unabated. He said North Korean leader Kim Jong Un should get the message that his nuclear and missile programs are unacceptable to the international community.

Song said the talks with the North are “about ultimately drawing the North into a dialogue with the United States.”

Mattis praised South Korea’s efforts to enforce U.N. sanctions against the North. He thanked Song’s government for impounding two ships “that were found violating United Nations resolutions” against transfers of certain kinds of cargo. He did not elaborate.